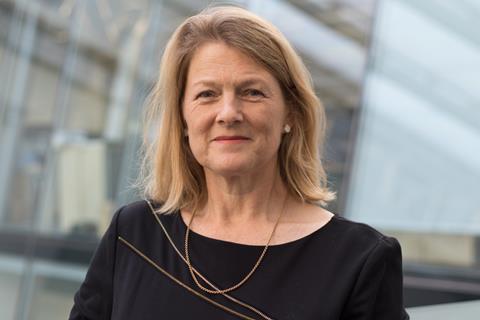 Groceries Code Adjudicator Christine Tacon has urged the government not to ditch her “collaborative” approach to tackling retailer-supplier disputes, as she presses ahead with plans for a system of self-regulation.

Responding to a statutory review of the role by Department for Business, Energy and Industrial Strategy (BEIS), Tacon produced written support from supermarkets and food and drink companies. Her practical approach had transformed relations “beyond recognition”, she claimed.

Tacon’s evidence follows stinging criticism from the BEIS committee in the House of Commons, in May. Then, MPs accused her of trying to duck out of taking on new powers to tackle suppliers and questioned why she had not been more proactive on issues such as the proposed Sainsbury’s-Asda merger.

Earlier in the summer, Tacon confirmed she would step down at the end of her term, in June next year. She has said she hopes to embed an internal governance system within all the 12 supermarkets and other retailers currently under GSCOP remit before she leaves, despite fears it will encourage retailers to return to their old practices.

But in her evidence to the review, which ends next month, Tacon told small business minister Kelly Tolhurst that since taking on the role in 2013 the “fast practices” of retailers had widely disappeared.

“My overall approach to monitoring and ensuring compliance with and enforcing the code is now well-established and I am confident that this delivers results,” she said.

Tacon’s evidence included support from supermarket CEOs and compliance officers as well as suppliers. One supplier said the Adjudicator had “done a fantastic job and the business that our company does with the UK supermarkets… is unrecognisable compared to seven years ago”.

BEIS is considering whether to change the fining powers of the GCA, or the circumstances in which she could launch an investigation.

Just two formal investigation have been carried out since Tacon took over. The probe into Tesco’s 2014 financial scandal came before she had been awarded her powers to fine retailers 1% of their turnover, while earlier this year she stopped short of fining the Co-op aftering finding it guilty of breaching the code.

In November, the Competition & Markets Authority rejected calls to extend the powers of the Adjudicator to cover primary producers, despite adding Ocado and B&M Stores to the list of retailers policed by Tacon.