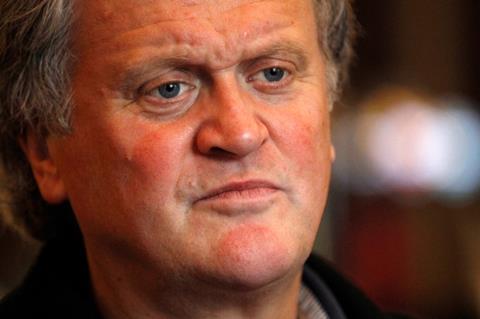 JD Wetherspoon boss Tim Martin has asked suppliers for a moratorium on payments until the business’ massive pub estate reopens to the public.

In a letter to the pub chain’s suppliers, seen by The Grocer, Martin said JDW intended to clear outstanding payments “within a short timeframe” when the coronavirus crisis ended.

“We understand this puts significant pressure on our suppliers but we’re asking for your assistance during this very difficult period. A number of our suppliers have already offered assistance and we would be most grateful for your co-operation as well.”

One industry source at a major booze supplier called the move “absolutely shocking”.

“I don’t know any other pub company that’s doing this,” they said. “There is nothing like this from the likes of Mitchells & Butlers or Stonegate.

“Everyone is fighting to support workers. It completely jars with everything I’m seeing from our sector – there is loads of positivity and people coming together.”

It comes as Martin this week sent a video message to staff, advising they look for work in supermarkets and that they may face delays in being paid after this Friday.

JDW planned to utilise the government’s grant to pay their wages, he said.

“We’ve got no money coming in through the tills, which is not something we’ve ever planned for,” said Martin.

‘If you’re offered a job at a supermarket, many of you will want to do that.”

It was met with outrage from many workers. Bakers, Food & Allied Workers Union president Ian Hodson said the message ignored ”the advice of the government to stand by your workers and instead abandoning them in their time of need”.

“They need to pay rent, buy food and because of the low wages he’s always paid them will not have savings to depend upon.”

However, JDW spokesman Eddie Gershon said there had been a “complete misinterpretation” of what the business had said.

“In [the video] it made clear that all employees would get paid this Friday for all work carried out until the pubs shut,” he added.

“After that, the company would utilise the government ‘furlough’ scheme, which pays 80% of wages, details of which are in the course of being finalised between licensed trade representatives and the government at the present time.

“As we understand it, tens of thousands of hospitality workers and others have already lost their jobs, but Wetherspoon is retaining all its employees, using the government scheme for the purpose for which it is intended.”