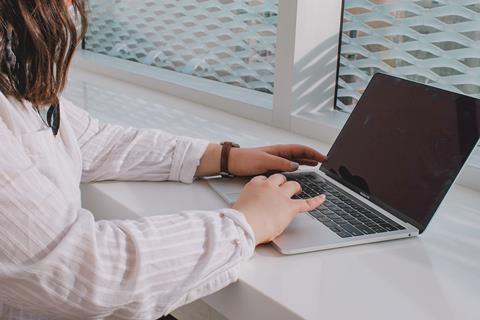 We’ve had a period of good behaviour as record returns in Covid have put smiles on the faces of the major retailers. So GSCOP may not be top of mind – but, as retailers start to chase growth on top of their phoney year whilst leaking sales to hospitality, the fun will recommence. Get ready for the sound of: “You saved a fortune due to our growth, so cough up.” Or: “You’ve got to contribute to fund our online transformation.” So, invest in a coffee break now to complete the GCA survey Mark White is overseeing for the first time.

I chatted with the new GCA and he has his mind set on change. Like Christine Tacon before him, he will follow a collaborative approach with retailers – so don’t expect a showcase fine to be dished out soon.

But there are some key differences. While Tacon valued the vagueness of the skinny code, finding a home in the grey for any issues she believed in, White’s legal background will influence his style differently. He told me he will look first to the contract and he is right to do so. Most suppliers would be unable to pull together the various emails and portal downloads that define their supplier agreement. The last email on a specific matter matters, and White wants suppliers to know where they stand.

He also seeks to bring extra reassurance on anonymity when raising issues with a new ‘tell the GCA’ hotline and a written guarantee from the retailer’s code compliance officers (CCOs). This will be a struggle, as issues can’t be fixed without mentioning them to the perpetrators, and CCOs often don’t realise how consequences work. The climate of fear is not just about delistings – there are many other ways suppliers can be hurt, such as share of shelf and promotional voice. It’s possible for these, or delistings for that matter, to be linked to retaliation for ‘telling the teacher’. Suppliers won’t risk being labelled ‘not easy to work with’.

Mark White: Suppliers can use ‘Tell the GCA’ to report retailer issues anonymously

Another new focus right at the heart of the issue is to bring collaborative behaviour into the performance assessments of the buyers. Without that, the motivations are mostly in the opposite direction. To achieve this, White will drive top-down approval, knowing the ‘CEO disconnect’ is chasmic on KPIs. It’s challenging but not impossible, given some retailers have already seen they can get more from suppliers by collaboration versus pressure. In previous years, the compliance league table has been the inspirational output, with retailers competing to get off the bottom. Now the survey will also promote positive behaviours, which could just point the way to best practice in collaboration.

The survey closes on 21 February and this year you will be asked to volunteer for a one-on-one discussion post-survey. I urge suppliers to not only complete the survey but to give this initiative consideration, as it will expose the causes of friction to the new GCA, not just the symptoms.