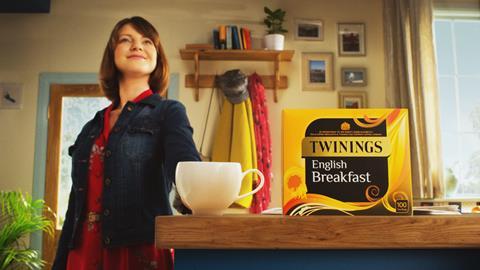 The Prompt Payment Code: is it working in food & drink?

How are businesses committed to the voluntary PPC performing?

It may not be best practice but food and drink firms aren’t actually breaking any rules by negotiating lengthy payment terms.

UK legislation states payment terms between two businesses should not exceed 60 days, but longer terms can be agreed provided they are not “grossly unfair” to the creditor.

Because that is open to abuse in the supplier-buyer relationship, the government’s voluntary Prompt Payment Code sets a higher standard, requiring signatories to pay 95% of invoices within a 60-day period.

And while not many food and drink firms have signed up, presumably those that have, at least, are paying promptly? Well…

What is the Prompt Payment Code?

The PPC was launched at the height of the financial crash in 2008 by then-business secretary Lord Mandelson, who recognised the drain poor payment practices were having on small businesses and the UK economy.

Signatories to the code, which is administered by the Chartered Institute of Credit Management (CICM), commit to paying suppliers on time; giving clear guidance on payment procedures; and encouraging good practice down the supply chain.

“Since 2015, when it was upgraded by Matt Hancock, the code has also stated that 95% of invoices must be paid within 60 days unless there were exceptional circumstances,” says CICM CEO Philip King.

So far, just 2,500 of the 5.7 million businesses in the UK have signed up. Among them are most of the UK’s major supermarkets - Tesco, Sainsbury’s, Asda, M&S and Waitrose - and a handful of big food and drink manufacturers, such as Unilever, Diageo, Associated British Foods and British Sugar.

In the past, CICM was only able to challenge a signatory if a supplier complained. “And clearly, not many suppliers wanted to do that for commercial reasons,” says King.

However, with government interest in the issue of prompt payment growing, last October business secretary Greg Clark announced plans for a “tough and transparent” regime to underpin its PPC, made possible by the introduction of statutory reporting on payment practices and performance in late 2017.

Having used the payment practice data to assess whether signatories were adhering to the code, CICM last month removed or suspended 17 companies for non-compliance.

Among them were ABF-owned tea supplier R Twining & Co. Having failed to come up with a plan for how it would meet the terms, it was removed from the code entirely.

British Sugar, another ABF-owned business, meanwhile committed to making changes, so received a temporary suspension from the code.

“We take paying our suppliers on time very seriously and we know our current rate of late payment is not good enough,” said a spokeswoman. “However, we have been working hard to make improvements and will continue to focus on this as a matter of urgency.”

Diageo and Unilever were spared in the first phase of the review, despite latest data showing both are taking over 60 days on average to pay suppliers.

Diageo claims it has taken action to improve since the last reporting period. “We have amended our pay run for SMEs to ensure they receive payment within their 60-day terms,” says a spokeswoman. “We have engaged with the PPC and are fully committed to ensuring that all our UK suppliers are paid within agreed terms.”

Unilever, meanwhile, says it prioritises payments to smaller suppliers and SMEs by paying them within 30 days - something which the PPC lays out as an “exceptional circumstance” to the 95% of invoices in 60 days rule.

“Our average for all suppliers is 62 days,” says a Unilever spokeswoman. “For non-SMEs, we start with a 90-day standard payment term and this is the number published on the PPC website.”

In general, food and drink isn’t performing any worse than the rest of the business sector, but it isn’t doing much better either, adds King. If the sector wants to protect its supply base, perhaps it’s time for more firms to sign up to the PPC and get serious about payment practices too.