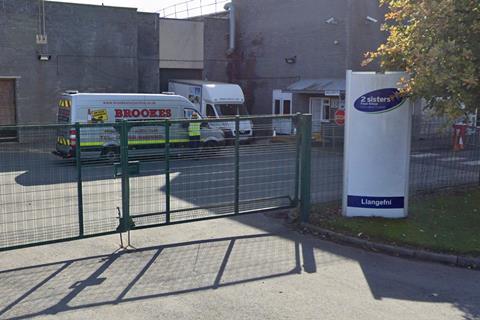 The 2 Sisters Food Group factory at the heart of a Covid-19 outbreak has shut down production, after more than 50 workers caught the virus.

The Grocer understands the site in Llangefni, North Wales, was closed today after the personal intervention of 2 Sisters founder Ranjit Singh Boparan, despite having carried on operating since 28 May when the outbreak was first uncovered by management.

Public Health Wales said yesterday it had identified 51 confirmed cases of coronavirus associated with the poultry processing plant in Anglesey, which will now remain closed for the next two weeks.

The first reported case of Covid-19 at the site arose on 28 May, just days before the Welsh government launched its ‘test, trace, protect’ system.

At the time, 2 Sisters was operating its own ‘track and trace’ system. After the positive case was discovered, 100 of the 560 people who work at the factory, which serves mainly B2B, hospitality and local authority contracts, were told to self-isolate, with half of those going on to develop the illness.

Sources told The Grocer 2 Sisters management had taken a “no-risk approach” to the outbreak with staff told to self-isolate “even if they had just brushed past the infected person in a corridor”.

2 Sisters also stressed it had been operating a full “safe ways of working” system at the factory since the UK coronavirus crisis began in March, including the use of Perspex screens, visors and social distancing in high-traffic areas of the factor.

However, the company had until yesterday planned to keep the factory open, with enhanced safety measures having been brought in. These included temperature checks for staff on entry and installing marshals to enforce the two-metre rule where it was being applied, which sources admitted had been difficult.

The company said yesterday it had “redoubled” its efforts since the positive cases were confirmed.

Despite this it has now opted for a temporary closure, with Boparan said to have told management he was determined for 2 Sisters to “take the moral high ground”.

A spokesman for the company said: “The health, safety and wellbeing of our colleagues is ultimately the thing that matters most at our business. We are a responsible company with people at its core. Without our people we are nothing.

“Therefore, in light of the current Covid-19 cases at our Llangefni site, we have decided to take the necessary action to clearly demonstrate how seriously we take this issue by doing the right thing.

“Doing the right thing means from today we will temporarily suspend production at our Llangefni site with immediate effect for a period of 14 days.

“We will not tolerate any unnecessary risks – however small – for our existing loyal workforce at the facility.

“We have worked in close collaboration in the past week with Public Health Wales, Anglesey Council, the Health & Safety Executive, the FSA and the Unite union, who have all offered great advice, scientific knowledge and support, and we thank them for their help and guidance, which has informed this decision.

“Our sole focus now is to ensure we support all our colleagues through this time and look forward to operating safely and securely in 14 days’ time.”