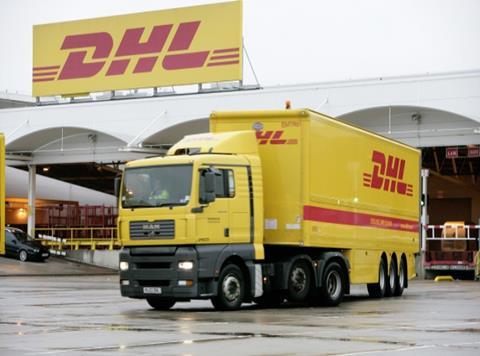 Nisa Retail has been forced to delay a payment of around £8.5m to logistics provider DHL as a result of cashflow issues, The Grocer understands. But CEO Nick Read insists it’s “normal” for this time of year and hailed Nisa’s turnaround, including a return to profitable growth, as “a clear highlight” of its H1 performance, announced at last week’s agm.

In correspondence between Nisa and DHL, seen by The Grocer, Nisa apologised for the short notice and blamed “end of month cashflow constraints” for a failure to meet the contractual payment.

It was due in September, and will now be made on Wednesday 5 October.

Read told The Grocer it was “normal for the time of year” as it was looking to build up stock ahead of the busy Christmas trading period and was extending credit to members until December to help them better manage the key festive period. “It’s not something to worry about as the same happens every year at this time,” he said.

Indeed, the correspondence alludes to the fact that Nisa has failed to make a payment on time to DHL before. It suggests that despite earlier assurances that either Nick Read or CFO Robin Brown would contact DHL managing director retail John Boulter or his FD directly in the event of any further late payments, and would explain the reasons for the delay, they failed to do so.

The correspondence also reveals other problems between the parties beyond the delayed payments.

Tensions were further raised recently as a result of an electrical fire on a DHL-operated lorry at Nisa’s distribution centre in Scunthorpe on Friday 23 September.

While no one was hurt during the incident, it resulted in the Fire Brigade being called out and the warehouse being evacuated for a short time.

A row then broke out between the parties, with Nisa claiming DHL had failed to bring the problem to its attention soon enough. A senior Nisa executive pointed out: “this total breach of all escalation processes is a major problem for me”.

He also claimed that “as you will know, your operational performance is currently sub-standard”.

Addressing this, Read insisted DHL had managed the incident well and that the only concern had been about communication. He also suggested the reference to operational performance could have related to some incidents of trucks overheating as a result of the exceptionally hot late summer weather.

DHL has been handling Nisa’s supply chain since a seven-year contract kicked off in 2011. The Grocer understands the tender process for the contract from 2018 onwards will begin next year.

The revelations come at an interesting time for Nisa. Last month, non-executive chairman Christopher Baker decided not to stand for re-election to the board in the face of strong opposition from the membership.

At the group’s agm last Thursday he was replaced as non-exec chairman by Peter Hartley. Two new member directors were also elected to the board - Matthew Hunt and Sukhwinder Tiwana.

During the agm, Read also revealed that sales for the half-year to 2 October, excluding rebates, were up 1.1% to £666m.

He added that adjusted earnings were £4.2m, up from £3.3m in the same period last year and said Nisa had returned to profitable growth with H1 profit before tax of £1m.

This had been achieved via a reduction in distribution costs per case of 0.7%, a 4% reduction in overhead costs and despite a margin reduction to 10.6% from 10.7% last year.

“Last year was a stabilisation period for Nisa and we are delighted our momentum has continued into the new year, with the return to profitable growth a clear highlight in the first half of this year,” he said. “We are confident we can maintain this momentum and further strengthen Nisa’s position as the partner of choice for independent retailers.”

Read added: “I am pleased to welcome Peter Hartley as our new chairman, and the whole board looks forward to working with all our members as we continue to progress Nisa for the benefit of the whole Nisa community.”