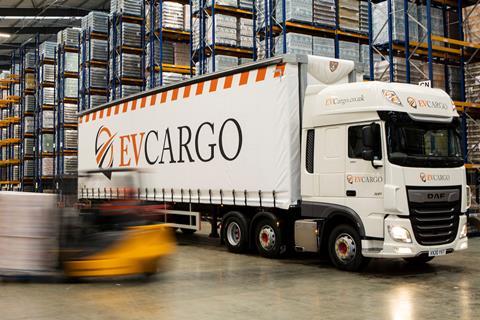 Asda and Sainsbury’s are preparing to take over the operations of logistics partner EVCL Chill, with the business expected to be placed in administration by the end of the week.

The two retailers have been in discussions with administrator PwC for several weeks in a bid to safeguard a significant proportion of the pair’s short-life chilled operations, The Grocer understands. EVCL Chill – a subsidiary of EV Cargo – is responsible for up to 10,000 pallets of food and drink a day into the two retailers.

The move could cost the supermarkets “millions of pounds”, suggested one senior industry insider, as contracts with drivers and warehouse staff will need to be renegotiated following EV’s expected administration. The result could mean having to pay out fully again to secure their services.

While Asda and Sainsbury’s look set to bring EVCL Chill’s primary distribution service in-house to try and secure some continuity of supply, suppliers who contract the haulier directly were told this week they will have to find alternative transport from the weekend, multiple sources confirmed.

This will drive further disruption in an already creaking logistics sector and lead to worsening shortages of some fresh products in the coming days, suggested the senior industry source.

“We’re seeing many of these suppliers desperately calling other logistics firms to pick up their business, but no one has any spare capacity,” they added. “It means many of them will potentially have no route to market from the end of the week.”

EV’s creditors, such as recruitment agencies and cleaning companies, would also struggle in the aftermath of the administration, plunging more of the logistics supply chain into instability, the source said. Contributors to its potential demise include soaring operating costs linked to the labour crisis across the logistics sector.

The difficulties faced by EV follow a turbulent period for the business over the past two years. It was previously known as NFT Distribution Holdings but was placed into administration by its parent EV Cargo on 31 January 2020, before the business acquired selected assets in a pre-pack administration.

The transaction, which led to the creation of a new business called EV Cargo Logistics, included the core operations at 10 depots across England and Wales. The business changed its name to EVCL Chill earlier this month.

However, NFT’s Tilbury operation in Essex – a key distribution hub for chilled products manufactured by both Upfield and General Mills – was not part of the deal. After some disruption in the following weeks, logistics giant Culina acquired the site’s lease some six months later.

EV Cargo Logistics subsequently lost the distribution contracts of General Mills, Upfield and Lactalis to Culina. The company is yet to publish accounts since its formation at the end of 2019, according to Companies House. However, it did shorten its previous accounting period on 2 September – effectively giving the business several extra months before it was required to report.

Panic-buying this Christmas could be ‘far worse’ than in lockdown, warns Tesco