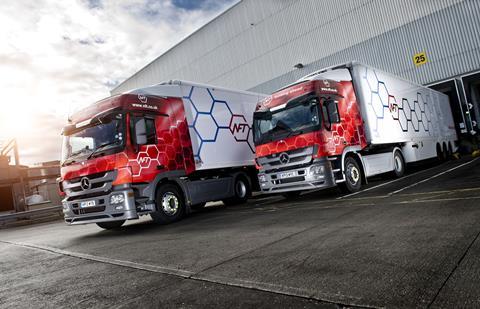 The logistics giant was placed into administration on 31 January

The future of Upfield and General Mills’ chilled supply chains is in the balance after logistics partner NFT Distribution Holdings entered administration last week, The Grocer can reveal.

NFT, which posted pre-tax losses of almost £31m in its most recent accounts, was placed into administration by owner EV Cargo on 31 January. The logistics giant was a key chilled distribution partner of Sainsbury’s, Asda and dairy giant Lactalis, in addition to Flora owner Upfield and Yoplait owner General Mills.

EV subsidiary EV Cargo Logistics subsequently acquired selected assets of the NFT business in a pre-pack administration. The transaction, which will see the NFT name disappear, included its “core” operations at 10 depots across England and Wales.

But NFT’s Tilbury operation in Essex – a key distribution hub for chilled products manufactured by both Upfield and General Mills – was not part of the pre-pack arrangement, leaving uncertainty around the future of the operation and the supply chains of its customers.

With no buyer for the sprawling site having come forward so far, it is expected to remain in the hands of administrators PwC for the foreseeable future.

Upfield and General Mills both said the businesses had worked with NFT, PwC and other stakeholders to minimise the impact of the administration on staff at the site and ensure “continuity of service to our customers and business partners”.

However, an Upfield spokesman also admitted the spreads giant did not have “access to full details of the operation plans of the administrators at the Tilbury warehouse”.

Any disruption in services from Tilbury could ultimately affect distribution of the supplier’s products across UK supermarkets, suggested one industry source – due to the strategic importance of the site.

They cited shortages of Upfield products last June as a prime example after the business switched from DHL to the NFT site at Tilbury, leading to “chaos” in its supply chain, with the transition described as going “massively tits-up”.