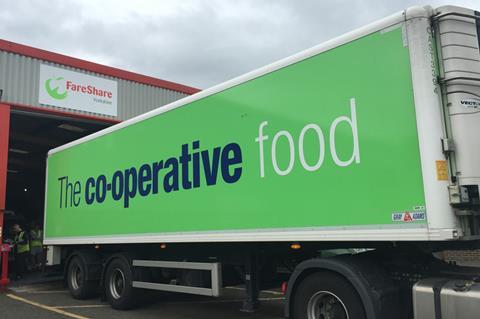 Retailers have “smashed” 2020 carbon reduction targets, but still have “much more to do” if they are to hit a target of net zero by 2040, according to results published by the BRC today.

Carbon emissions from more than 70 big retailers, representing a quarter of the entire market, have fallen by 49% since 2005, against a target of 25%.

However, the latest data shows that carbon emissions from transport fell by only 15% against a target of 45%, with the area highlighted as a key challenge facing companies.

The report, as part of the retailers’ Climate Action Roadmap, showed better progress in stores, where emissions had fallen by 46%, and deliveries, where they were down 84%.

Retailers spearheading the programme include Sainsbury’s, Iceland and Ikea, but they warned there would have to be action across the entire retail industry to hit the 2040 target.

“It’s a fantastic achievement to have halved greenhouse gases from our stores and lorries in little over a decade,” said BRC head of sustainability Peter Andrews.

“However, we recognise we can do much more by helping drive decarbonisation across our supply chains and supporting our customers, the British public, to live lower carbon lifestyles through the products they buy. Our Climate Action Roadmap sets out our path to net zero operations and supply chains by 2040.”

Steve Murrells, Co-op Group CEO, who is leading the programme, said: “We must all recognise that we are in part responsible and that we all have to do more to foster change and do it more quickly.

“The global response to the pandemic has shown us what we can achieve when the need is great and urgent enough. The required levels of co-operation needed to tackle climate change are unprecedented and the BRC Roadmap will help unify UK retailers around a common purpose.”

The latest figures come amid growing pressure on retailers and suppliers to take action to cut emissions.

Last month the FDF announced a target for its members to hit net zero by 2040, alongside a major new initiative to help suppliers slash emissions.

The FDF’s Ambition 2025 progress report, published in February, showed FDF members had hit a target of reducing on site carbon emissions by 55%, five years before the 2025 target. However, the organisation admitted action across the industry needed to be massively stepped up in the face of the latest information on the impact of climate change.