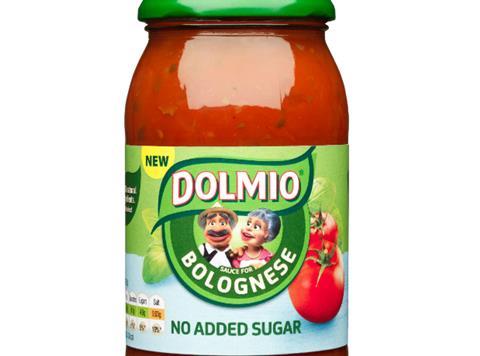 Tesco has given its cooking sauces segment a dramatic shake-up, axing 80 SKUs in recent weeks.

Own label accounted for a third of the cull, with 24 products dropped during the sizeable overhaul, and just three new products launched on to shelves [Brand View w/e 13 September 2017].

Tesco also dropped 56 branded SKUs, with smaller brands bearing the brunt of the losses. Al-Rabih, Thai Taste and Chef Collin Brown have now disappeared from shelves, while East End and Geeta’s have had their listings slashed.

But the retailer has also introduced 53 new branded lines since the summer, with a focus on healthier options and smaller formats.

Dolmio was the biggest winner, gaining a net 10 listings including its new no-added-sugar sauce range in a 350ml jar aimed at smaller households.

Tesco also increased emphasis on added-value options, with Dolmio and The Spice Tailor winning space for their tray bakes and kits.

The move appears to fly in the face of Tesco’s increased focus on own label, with the supermarket pledging last year to increase own label on shelves by up to 14%, with smaller stores in particular seeing a marked reduction in the emphasis on brands.

Tesco said it frequently reviewed its ranges “to ensure they meet the needs of customers. “We continue to offer our customers a great range of cooking sauces.”