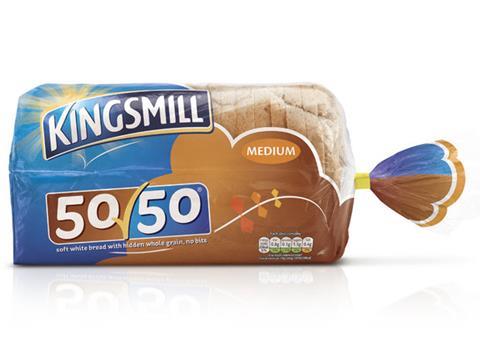 Tesco has relisted two of the Kingsmill loaves it dropped from its fixtures earlier this year.

From last week, Kingsmill 50/50 and No Crusts have gone back on sale in what Kingsmill owner Allied Bakeries described as “the majority” of Tesco stores.

“Both product lines are a firm favourite with consumers, and we are delighted to see them being offered as a choice for Tesco shoppers once again,” said a spokesman for the baker. Some other loaves have been relisted in a “limited number of stores”, it added.

All Kingsmill bread lines had been delisted by Tesco in March, although Allied continues to supply Tesco with own-label lines, Allinson and Burgen bread, and Kingsmill products including rolls, thins, wraps, crumpets, muffins, pancakes, waffles, and potato scones in Scotland.

It will be a welcome piece of good news for a brand that has seen its bread sales crash £75m year on year [IRI 52w/e 28 March 2015] as a result of tumbling retail prices and falling consumer demand for sliced wrapped bread.

In May, Allied rolled out a new look for the brand. Created by BrandOpus, it includes a revamped logo that has become “warmer and more accessible” by putting sunshine behind the Kingsmill lettering. Allied Bakeries also changed the name of two products: Oatilicious became Oaty White to make it clearer it is a white bread; while Crusts Away became No Crusts to reflect the mixed audience of the crust-less bread, half of which is adults without children