Is Tesco really a national disgrace? 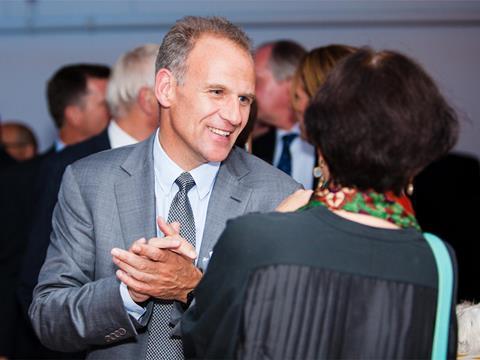 In November 2011 a local trader in Dartford accused Tesco of using “gun to the head tactics” in order to get permission for a new £80m store and residential development.

The words of butcher Ray Richardson, or rather those that he relayed somewhat brutally from Tesco, have proved to be terribly prophetic. “They basically came up with either you vote yes to this or you end up with a derelict crime-ridden area,” he told the BBC.

Now, Dartford is one of 49 areas on which Tesco has pulled the plug. The backlash from the community has seen the retailer branded a national disgrace, after leaving the town with what is in danger of becoming exactly what Richardson described.

It’s hard not to sympathise with Dartford, and other areas, left with massive empty building sites on their doorstep, but there is also something of an irony about this latest wave of outrage against the retailer.

The fact is that Tesco had been pushing to build this development in Dartford since 2001, with a variety of different schemes facing bitter local opposition. This included a public inquiry in 2005 which threw out Tesco’s plans and sent it back to the drawing board.

You could argue if Tesco had backed off at the first sign of opposition, then other uses would have been found for the site, although given the recession that is by no means certain.

Equally you could argue that if Dartford had not fought long and hard against the scheme then by the time Tesco boss Dave Lewis came to make the crunch decisions over how to slash millions from its budget, the Dartford store would have long been up and running.

The anger against Tesco appears particularly hollow when it appears in newspapers that have routinely in the past run articles and comment pieces accusing Tesco of “destroying towns”. It makes heart-rending copy, but it’s a bit rich when you’ve been running headlines such as “supermarkets kill free markets as well as our communities,” “Tesco attacked as almighty conglomerate,”” supermarket pubs takeover” etc etc, week after week.

Just as Tesco doesn’t have an automatic right to special protection from campaigners who have fought to stop its investments, whether they are led by celebrities like Emma Thomson or ordinary people on the street, neither do communities have a right to demand commercial decisions from Tesco.

While Lewis has a duty to the company’s reputation to ensure that its withdrawal from these sites, as well as the closure of its 43 stores, is handled as sensitively as possible, ultimately Tesco is not the government or a local authority.

It is not elected and so only its shareholders can rejects its decision making and, initially at least, Lewis’ decisions, however hard, appear to have been seen by these as best for the company in the long run.

Yes, in an ideal world, perhaps companies would only make decision based on investing in communities, providing local jobs and amenities, without profit coming into the mix but that’s forgetting this little thing called capitalism and, like it or not, that is the system we’ve got.