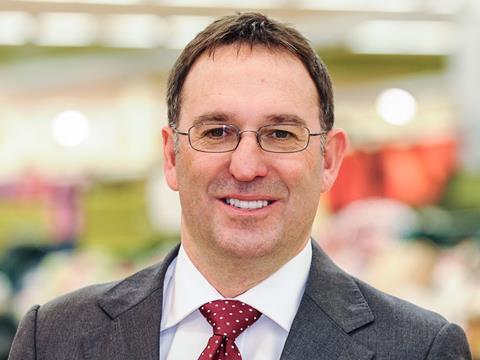 Two former Tesco executives were the “generals” in a fraud that saw the company’s profits overstated by a quarter of a billion pounds, a court was told today (8 October).

The evidence came as a retrial began into the 2014 profits scandal that saw Tesco lurch into its worst-ever financial crisis.

Chris Bush, former UK managing director, and John Scouler, the then-UK food commercial director of the supermarket giant, were aware that income was being wrongly included in the supermarket’s financial records to meet targets and make Tesco look financially healthier than it really was, the jury heard.

Bush and Scouler “pressurised and coerced” staff below them into massaging the company’s financial records to meet targets and make Tesco look financially healthier than it really was, said prosecutor Sasha Wass QC.

The jury at Southwark Crown Court was told a third man, former Tesco finance director Carl Rogberg, who is charged with identical offences, was currently not well enough to stand trial.

“The prosecution case in a nutshell is that the defendants, together with Rogberg, were aware that income was being wrongly included in the financial records of the company which were used to inform statements to the stock market,” Wass told the court.

“They were aware that this was being done in order to meet targets so that the company would look financially healthier than it was.

“They were aware that this wrongly included income would result in Tesco’s trading profit and share price being overstated.”

Tesco made a public announcement to the stock market in September 2014, saying profits had been overstated the previous month by approximately £250m, the jury was told.

Wass said that revelation had caused “shockwaves to run through the stock market”, resulting in the company’s shares plummeting by nearly 12% and wiping £2bn off its share value.

She said it happened at a time when Tesco was facing challenges from budget rivals such as Aldi and Lidl.

Wass added: “Tesco was experiencing a drastic reduction in both profits and market share.”

The jury heard that investigations had found that by September 2014 “400 to 600 of the buyers, almost everyone across Tesco, had been involved in falsifying their records by improperly recognising income”.

Scouler, 50, of St Albans, and Bush, 52, of High Wycombe, each deny one count of fraud and another of false accounting.

They and Rogberg at the time had benefits packages with Tesco of more than £1m each.