Tesco to close accounts of tens of thousands of bank customers 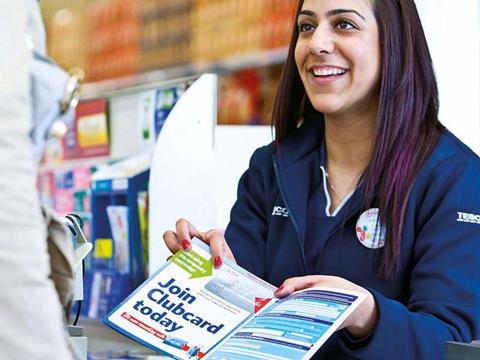 Tesco is to close the accounts of tens of thousands of bank customers after writing to them to say it is phasing out their old style of account.

Tesco Bank has written to Clubcard Plus account holders to warn them that all accounts will be shut down on 13 October.

Launched in 1997, Clubcard Plus was originally a key part of the Tesco bank strategy, offering 5% interest and double Clubcard points on all transactions.

The bank said the move was part of a plan to modernise and simplify its banking offering.

Tesco has not offered any new Clubcard Plus accounts since 2009 and it stressed its Current Account was just as competitive. However it is understood Tesco has not been allowed to automatically switch accounts it is closing to new style accounts because of strict banking rules.

In February Tesco announced it would guarantee to retain a 3% interest rate and one Clubcard point per £1 spent in Tesco, on top of normal Clubcard points, for current account holders.

However, the decision to close Clubcard Plus, which currently still offers double Clubcard points, has not gone down well with some customers on social media.

One shopper tweeted: “Withdrawing the Clubcard Plus Account I have had since 1997. Why are you not offering automatic Current Account as replacement?”

@tescobankhelp withdrawing the ClubcardPlus Account I have had since 1997 Why are you not offering automatic Current Account as replacement?


“Another kick in the teeth for customers @Tesco. Why stop Clubcard Plus? No respect for loyal customers!!,” another Twitter user said.

Another kick in the teeth for customers @Tesco @tescobankhelp . Why stop Clubcard plus? No respect for loyal customers !! At least now 1/2

A Tesco Bank spokesperson said; “We have decided to simplify the number of accounts we offer customers, and as such we are closing all remaining Clubcard Plus accounts on 13 October 2017. Clubcard Plus has not been available to new customers since 2009, having been launched in 1997.”

“Since that time, developments in payment card technology have taken place allowing people to pay more securely and in more places. We recently launched our current account, which offers a chip & pin, and a contactless debit card to allow customers to pay and collect Clubcard points at Tesco stores (including at petrol filling stations), and at other retailers.”