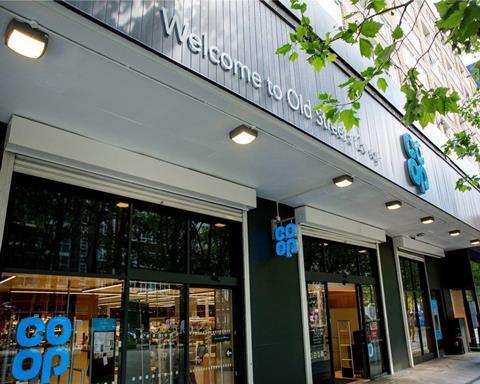 Groceries Code Adjudicator Christine Tacon has launched an investigation into the Co-operative Group, amid reports it has been systematically delisting suppliers amid a major range reset.

Tacon said she had formed a reasonable suspicion that the retailer may have broken the Code and has launched only her second full-scale investigation. The last such inquiry was into Tesco, after its 2014 accounting scandal.

It is the first investigation since Tacon received powers to fine retailers up to 1% of their annual turnover for breaches of the Code.

The Adjudicator told The Grocer she had failed to “get to the bottom” of the scale of the activity at the retailer despite having been secretly in talks with its management about its alleged behaviour towards suppliers for months.

She added she would be prepared to force suppliers to give evidence against the retailer.

The Co-op has admitted it has already paid back over £500,000 to more than 100 suppliers, with a big part of the focus of the investigation due to centre on its ‘Right Range: Right Store’ range review, which was carried out between the summers of 2016 and 2017.

“I’ve had intensive conversations with the Co-op and they have bent over backwards to try to help me,” said Tacon. “But I don’t feel I have got to the bottom of what was going on, or what the scale of it was.”

She added: “This has been on my radar for some time but I didn’t realise how far it had gone and I still don’t think I know quite how significant these breaches may have been.”

The Adjudicator has issued an appeal for direct suppliers who may have been affected to come forward to give evidence, with a deadline of 4pm on 3 May.

Tacon added that she would not hesitate to use her statutory power to force suppliers to give evidence against the retailer: “The call for evidence is all in confidence and you only have to look back at my Tesco investigation to see that nobody was named and it was treated in confidence.

“I would like to think I will be inundated with evidence voluntarily, which means I don’t have to go any further, but I doubt that will happen.”

The investigation will focus on paragraph three of the Code - Variation of Supply Agreements and terms of supply - and paragraph 16 - Duties in relation to De-listing.

The GCA will also examine paragraph two of the Code: Principle of fair dealing.

In particular, it said the investigation would consider “the extent, scale and impact of practices which may have resulted in suppliers being delisted with no, or short, fixed notice periods unilaterally imposed by Co-operative Group without due consideration of published GCA de-listing guidance”.

“The focus will be in relation but not limited to decisions taken between summer 2016 and summer 2017 as part of a project called ‘Right Range; Right Store’.”

Co-op Food CEO Jo Whitfield issued an apology for the retailer “failing to live up to its usual high standards” as it emerged more than 100 suppliers had already been refunded in excess of £500,000.

However, a Co-op spokesman claimed the retailer had already been addressing the issues “to ensure the fair treatment of all of our suppliers”.

He said the actions it had taken included “steps to strengthen our systems and processes for the future, retraining of 450 commercial colleagues in the operation of GSCOP and writing to all of our 1,500 direct suppliers to seek information on any delisting decisions that they believe may have been taken without appropriate consultation”.

The Co-op had reviewed every case where a supplier was charged for benchmarking and quality control.

“As a result 110 suppliers have been refunded a total of approximately £500,000. We have communicated in detail with suppliers to explain where and when these charges should be applied,” said the spokesman.

Whitfield added: “We care deeply about our relationships with our suppliers and we are very sorry that in these two areas we have failed to live up to our usual high standards. We are already addressing the issues with the GCA and our suppliers and we hope the investigation will help bring to light any additional cases so that we can put these right as quickly as possible.”

Today’s move by Tacon is a major landmark for the GCA. It is only its second formal investigation and the first since the Adjudicator was granted her massive fining powers.

In January 2016, following a year-long investigation, Tacon found Tesco’s buyers had systematically used negotiations with suppliers to prop up its ailing profits by illegally deducting huge sums from companies and delaying payments owed to them.

Although Tesco was charged £1m for the costs of the investigation, it escaped a fine because regulation was not then in place.

In September last year, Asda came close to a formal investigation after a probe by Tacon found it had demanded suppliers paid millions towards its now defunct Project Renewal strategy or face the threat of delisting.

Suppliers told Tacon how they were in some cases asked to hand over as much as 25% of their annual turnover for SKUs, or face being removed from Asda’s shelves.

However, the Adjudicator held back from launching an official investigation after an internal review by Asda which included handing lump sum payments to some of the 226 suppliers involved in the project.

Tacon told The Grocer there were significant differences between the situation with Asda and that at the Co-op, which led her to go into full “investigation mode”.

“In the case of Asda they were able to quickly look into the issues I’d raised and I was almost in a situation were I would have had nothing to investigate because it had already been sorted out. Whilst the Co-op have been fully co-operating with my inquiries I don’t feel I have got to the bottom of what has happened and I still have questions unanswered, which is why I have decided to launch a formal investigation.”