Co-op kicks off flash sale on milk, eggs and bread 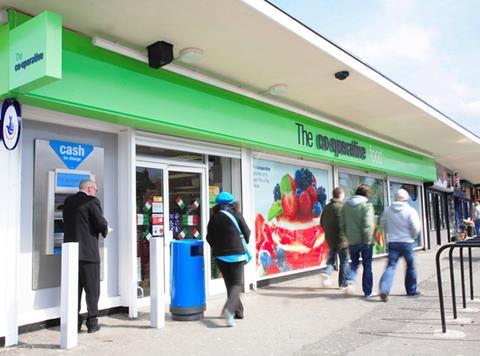 The Co-op is cutting select bread, milk and eggs lines to £1 for three days

The Co-operative Group is following up its January voucher offer with a three-day flash sale on milk, eggs and bread.

The society said that from today until Sunday (26 January) The Co-operative British semi-skimmed milk 2.27 litre, The Co-operative free range medium eggs six-pack, and Kingsmill medium-sliced bread 800g will all be on promotion at £1 each.

It follows a £5-off-a-£20-shop voucher offered by The Co-op between New Year’s Day and 14 January.

Speaking to The Grocer earlier this month, Co-op food boss Steve Murrells said it had launched the offer after a 10%-off-a-£5-shop voucher introduced for members during December instead of its interim dividend “absolutely flew”, with 70% of members redeeming coupons.

He also said The Co-op would be working to “remove price as a barrier” throughout 2014. “The most important lever we will be pulling this year is price.”

On the new offer, customer director Andrew Mann said: “January is notoriously tough for British shoppers, as payday seems a long way off, and Christmas is still being paid for.

“We kicked off the month with a January sale which included a wide range of half-price offers and an extremely attractive voucher scheme which rewarded customers who spent £20 or more.

“Now we want to make life easier for Co-operative customers as they inch towards that longed-for first pay day of the year. We are confident that saving them money on shopping basket staples such as bread, milk and eggs on key shopping days will definitely help ease the financial blues,” he added.