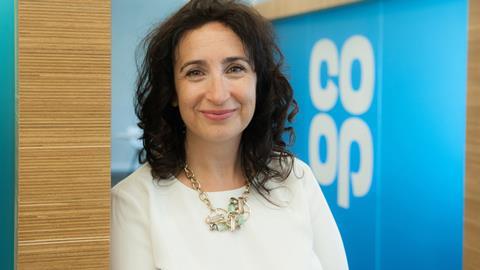 What has the Co-op learned from its GSCOP breaches?

Breaches are likely to cost more than £2m, but the GCA found it had not acted maliciously and engaged fully in the investigation process

It’s taken over a year to conclude, and cost £1.3m to investigate, but at last the investigation into Co-op’s breaches of the Groceries Supply Code of Practice has been completed. So what have we learned? And more importantly what lessons have the Co-op learned?

What did the Co-op do wrong? Adjudicator Christine Tacon (an ex-Co-op alum herself) said the Co-op breached GSCOP on two counts: it failed to provide reasonable notice to suppliers of decisions to delist products; and varied supply agreements unilaterally and without reasonable notice in the way it applied depot quality charges and benchmarking charges. These breaches, it found, cost suppliers hundreds of thousands of pounds.

The breaches primarily but not exclusively took place between the summers of 2016 and 2017 and the delisting generally related to the Co-op Right Range Right Store programme - the key turnaround plan the retailer implemented after the Co-op Group ran into major and well-publicised financial difficulties. In her apology to suppliers this week Co-op Food CEO Jo Whitfield explained: “We were focused on rescuing the Co-op and doing right by consumers but we should have also given more thought to the potential impact these planned changes would have on our suppliers.”

David Sables, CEO of Sentinel Management Consultants, paints a picture of new senior executives coming into the business at the time to discover “a range that must have looked like a dog’s breakfast”, and when it came to delistings it was “over-enthusiastically remedying the business without taking the time to check the code”.

How much has it cost the Co-op? Aside from the reputational damage (not least given its pioneering work to support Fairtrade), there has been a relatively high financial cost. As part of the investigation it has refunded £650k to affected suppliers and Tacon is set to hit the Co-op not only for the £1.3m cost of the investigation but also further costs associated with the implementation of the recommendations, which she says “will be significantly more than just a few thousand pounds”. However, this is small change compared with the potential £70m fine it may have incurred had Tacon decided to enforce her powers to fine an offending retailer up to 1% of annual turnover.

So why no fine? Tacon found the Co-op had not acted maliciously and had engaged with her throughout the process, which appears to have allayed the threat of more punitive measures. “I have other significant enforcement powers,” she explains.

“Everything I do is about achieving change, not the penalties”

“The recommendations will have a far wider impact and bring far greater benefit to suppliers than the fine would and everything I do is about achieving change, not about the penalties. Launching the investigation led to the Co-op refunding £650,000, which went to suppliers, while my penalties would go to the Treasury. What I am trying to do is set things right for suppliers.

“The other thing to understand is my fining powers are also there to use as a deterrent. The Co-op has been engaged the whole way through and I have no concerns at all that the process of the investigation and the recommendation won’t bring about my desired outcome.”

Is the GCA ever likely to issue a fine? This is only the second fully fledged investigation launched by Tacon since her office was created in 2013 (though there have also been ‘case studies’ on Asda and Morrisons).

Her investigation into Tesco, which concluded in 2016, took place before she was granted powers to fine. There is a school of thought that had those powers existed at the time then a fine would have been forthcoming due to the nature and sheer extent of the breaches, which involved delaying payments to suppliers and the demanding of extra fees.

This week, Tacon refused to be drawn on what she would have done. But even in that case, as Sables says, “it was Tesco that effectively blew the whistle on itself” following the discovery of its financial black hole in 2014. The retailer also agreed to undertake a drastic review of its commercial income arrangements, which again feeds into the narrative from Tacon around achieving results for suppliers rather than simply punishing the guilty.

The probes into code violations by Asda and Morrisons also resulted in suppliers being compensated and longer-term improvements to how both retailers deal with suppliers.

Negotiations specialist Ged Futter says he was surprised the Asda probe did not lead to an investigation and fine, describing the 2015 implementation of its Project Renewal range review as “blatant, aggressive and against the code”.

This week, however, Tacon credited Asda with having cleaned up its act since then, while the changes introduced by Morrisons after being found in violation of the code around demands for lump sum payments had seen it justifiably climb up the Adjudicator’s ­rankings in terms of dealing with suppliers.

What changes is the Co-op making? The Co-op has committed to and already begun implementing a number of key changes to the way it interacts with suppliers. No employees have been disciplined or left the business as a result of the investigation. “Christine concluded there was no malice or intent in what happened, no individuals were singled out. Indeed, she was complimentary about a couple of members of the team,” said Whitfield. Rather than disciplinary action, the emphasis has been on training.

So far it has created a new supplier charter, developed a new, simpler charging process (removing some charges and reducing others) and introduced new policies and processes to ensure reasonable notice periods are given, supply agreements are recorded consistently, disputes are settled swiftly, and discrepancies are dealt with smoothly. It has also launched a supplier helpline and is training suppliers on Co-op systems. It is training 1,300 staff on code compliance, with Whitfield explaining these are not just buyers but all staff that have interactions with suppliers that could affect the relationship. This training will be refreshed every year, she adds. The Co-op has also appointed Andy Phelps as its director of supplier relationships, surveyed all suppliers for feedback and relaunched its supplier listening programmes.

What about the Co-op’s IT systems? One of the key reasons Tacon felt an investigation was necessary in this case, rather than simply working with the Co-op to develop fixes, was that over an 18-month period of what she calls significant engagement with the Co-op, “the retailer accepted it was unable to get to the bottom of issues and could not demonstrate that it had taken remedial action in all the relevant circumstances”.

Much of this was down to the Co-op’s ageing IT systems, which it is currently overhauling in a major transformation project with providers JDA and SAP. Some of the work was done last summer, but the biggest changes, including the SAP systems, are still up to 18 months from completion.

In the Tesco case, Tacon spent six months following the publication of her findings working with the retailer to ensure it was fully implementing her recommendations. “We are working to an assumption that this will be a similar timeframe,” says Whitfield. “I’m confident we have better controls in place even ahead of the IT systems coming in.”