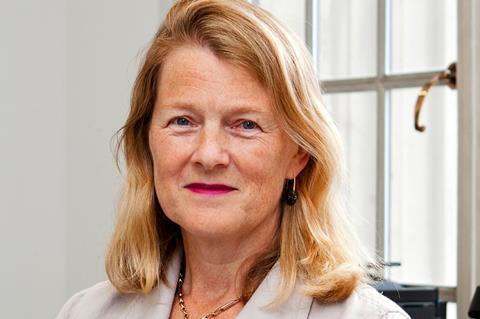 The Co-op has been ordered to introduce major changes to its governance, systems and processes after being found guilty of breaches of the Groceries Supply Code of Practice (GSCOP), by the code’s Adjudicator Christine Tacon.

The GCA today concluded a year-long investigation into the retailer, finding it had breached the code on two counts. The GCA said the Co-op failed to provide reasonable notice to suppliers of decisions to delist products and varied supply agreements unilaterally and without reasonable notice in the way it applied two specific charges.

The supermarket responded with an apology to suppliers from its food chief executive offcer Jo Whitfield.

Over the course of her investigation, Tacon found the Co-op had delisted suppliers with no or short fixed notice periods that were not reasonable in the circumstances. It applied standard notice periods which was contrary to the code and her guidance, which specify that notice of delisting should be considered on a case-by-case basis.

The Co-op’s conduct in introducing depot quality control charges and benchmarking charges also breached the code. Tacon said this caused particular difficulties for suppliers with fixed-cost contracts as they would not be able to amend their cost prices to reflect the increased cost incurred when the Co-op applied the charges.

Tacon stopped short of fining the Co-op, which could have amounted to up to 1% of its turnover, but ordered the retailer to pay the £1.3m cost of the investigation and further costs in implementing her recommendations.

“The Co-op has also repaid those suppliers it had identified as having had charges introduced without sufficient notice and is committed to working with the GCA to change for the better,” explained Tacon.

Tacon has set down five recommendations for the Co-op to follow. It must have adequate governance to oversee and manage its compliance with the code; its legal compliance and audit functions must have sufficient co-ordinated oversight of Co-op systems; Co-op IT systems must support code compliance; it must adequately train on the code all employees who make decisions which affect a supplier’s commercial arrangements with it, and the Co-op must in any potential delisting situation communicate with affected suppliers to enable the retailer to decide what is a significant reduction in volume and reasonable notice.

“My recommendations are focused on remedying the root cause of the issues I found and the weaknesses in the Co-op’s systems and processes,” said Tacon. “They are a proportionate and effective measure to reduce the likelihood of future non-compliance by the Co-op in these areas and I have decided not to use my fining powers in this instance.”

Whitfield said: “We are sorry. We’ve gone to great lengths to put these things right and have undertaken a root and branch review of all our supplier dealings.

“We were focussed on rescuing the Co-op and doing right by consumers but we should have also given more thought to the potential impact those planned changes would have on our suppliers.

“It is clear we tried to move more quickly than our systems, processes and people could handle. We co-operated fully with the GCA during the investigation and have worked hard to fix things as quickly as possible, including refunding over £650,000 to suppliers.”