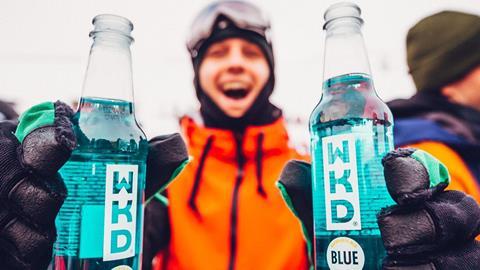 A sugar tax would clobber pre-mixed cocktails. Why not make a labelling change?

Psssht! That’s the sound of an RTD cocktail being opened. It could likely be heard across the UK today, as drinks makers and consumers alike sought to steady their nerves.

The cause of their disquietude? Action on Sugar’s call for the sugar tax to be extended to pre-mixed cocktails – some of which “contain an outrageous nine teaspoons of sugar in just 250ml” according to the campaign group.

It studied 202 RTDs across the popular can format (think Archers Schnapps & Lemonade), traditional pre-mixes such as TGI Fridays Passion Fruit Martini, and alcopops like WKD Blue – named as the worst offender for containing 59g of sugar per pack.

As a result of its findings, Action on Sugar wants RTDs to be “forced to reformulate immediately to the agreed criterion set by government in the Soft Drinks Industry Levy or pay the fine”. Such a move, the organisation insists, would “reduce obesity and ill health” thereby reducing the NHS’s burden.

On the face of it, Action on Sugar’s demand makes sense. The sugar levels in some pre-mixed drinks are indeed outrageous. And Brits are risking their health by throwing back RTDs with abandon. Such products are the fastest-growing sector in the UK’s alcohol category, with shoppers having taken home an extra £5.6m-worth [Kantar 52 w/e 14 July 2019].

That level of popularity also means a potential bonanza for the Treasury if suppliers choose not to reformulate.

But the Treasury isn’t keen on hitting RTDs with the sugar tax. It points out that “pre-mixed spirit drinks are taxed through alcohol duties, which are at a significantly higher rate than the childhood obesity-focused Soft Drinks Industry Levy. These raise over £12bn a year, which helps pay for vital public services such as the NHS.”

Drinks makers will be glad of such a trenchant rejection of Action on Sugar’s idea – particularly because some already face a greatly increased tax bill this year. In April, a ban on post duty point dilution, the act of paying duty on alcohol before increasing the volume of a drink by diluting it, will come into force. For some brands, including giants like WKD, that will mean significantly reduced margins. It seems inevitable that extra costs will be passed on to shoppers.

A sugar tax on top would border on malice. And it would almost certainly put some small suppliers out of business. As would reformulation – which not only costs money but can also negatively affect turnover if not done correctly. Remember how sales of Lucozade Energy tanked after it cut sugar in 2017?

There is, however, a way to sate Action on Sugar that bears a lower financial burden. And that is mandatory nutritional labelling on booze. Some very big brands already display their sugar content voluntarily, Budweiser among them, as do a number of RTDs – albeit only 14 of the ones studied by Action on Sugar.

Obligatory labelling would allow adults to make informed decisions about the alcohol they consume. It’s the grown-up thing to do.