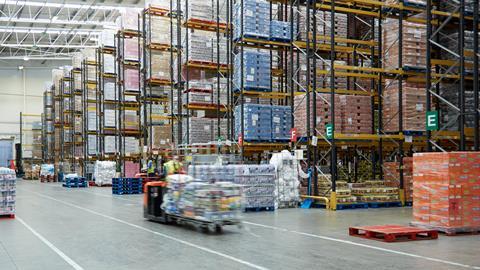 Change is coming, even if exactly what it will look like is still anybody’s guess. The lorry-sized hole in the government’s GB-EU border plans is not going to be filled by January, in large part due to an untested customs portal (GVMS) and a lack of physical infrastructure that still needs to be constructed.

The grace period to phase in border checks over six months until July has allowed some companies to draw breath, but the scale of the job still to be done to facilitate goods movement through the border come January remains vast.

The government released its 206-page border blueprint on Monday, telling businesses they will face an extra 215 million customs declarations each year at a cost of about £7bn, on top of extensive checks in lorry parks away from the coast. But while it sets out a broader position on how the border will operate, details are again lacking, leaving many companies with more questions than answers.

It will only add to frustration that though ministers are urging businesses to prepare and “check, change, go”, they are also surreptitiously withholding details that would make that possible.

Deal or no deal, change is coming. Here’s how to prepare your business for Brexit

“We don’t believe we’re in any better situation now then we were going into the last no-deals,” says Shane Brennan, CEO of the Cold Chain Federation. “And the decisions manufacturers took in preparation for no-deal last time are the same sorts of considerations they have to weigh this time.”

For many, that unfortunately means stockpiling. Some are considering it; others may already have begun. However, this will be, and can only be, a short-term solution. Disruption this time around is unlikely to be just a short-term blip.

New container routes from the continent are now regularly springing up as demand grows from importers to bypass disruption across the Channel crossing. Although typically slower, container routes have established customs processes that can be completed prior to arrival and therefore will likely see significantly less interruption come January. Some importers are also looking beyond the EU for certain goods for the same reason.

But any changes to supply chains represent an investment, always in time, often in money. Many smaller companies in particular will lack these resources as they emerge from the Covid storm, and it is therefore they who could likely suffer most come January.