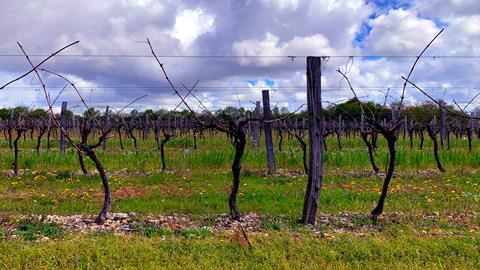 Sustainability isn't sexy. But brands that tell a convincing story about it have much to gain

Sustainability isn’t sexy. How’s that for an inconvenient truth?

Or at least it hasn’t been until now. Major brands have spent past years making vague commitments, at which a legion of reporters have shrugged. Consumers haven’t paid attention. The whole thing has come across looking like an exercise in corporate virtue signalling.

Which is a massive shame, because under the umbrella of ‘sustainability’, fantastic stories do exist. It’s just that brands are, as a rule, rubbish at telling these stories. They focus too much on the top line, rather than the details. A commitment to have completed something 10 years in the future will always be less interesting than the cool science-y stuff they’re doing right now.

But the penny is dropping. There is some very cool, very science-y stuff going on in the world of sustainability that makes for good reading. And booze brands in particular are realising they need to shout about it.

Take Pernod Ricard for instance, which, at its Martell vineyards in France, is using cutting-edge techniques to breed wine varietals that are resistant to the predicted effects of climate change and disease. Its recent ‘drop of love’ bottle for Absolut, which is made from ink collected from hateful protest signs across the world, is another great example of how to tackle a serious social issue head on.

Then there’s Carlsberg, which has put sustainability quite literally front and centre with the superb rebrand of its core lager, whose packs use a new environmentally-friendly glue to stick together (the rebrewed beer itself is also a massive improvement on its predecessor).

Though they probably make a small contribution to the postponement of the end of civilisation in the grand scheme of things, examples like these are very welcome. The world very much feels like it’s falling apart, and it’s looking increasingly like big businesses will be the ones to save it. Many governments are failing to make the necessary changes as fast as they need to. Some, like the US, are going backwards.

This week saw Pernod Ricard unveil a raft of wide-ranging sustainability inivitaves spanning carbon emissions, water usage and social justice in France. The business granted in-depth interviews to journalists and took a wide-range of often-challenging questions (such as how it plans to ensure its recyclable products are actually recycled, or how it plans to internally enforce sustainability KPIs for its myriad of international CEOs), which its management answered sans tacky soundbites.

To Pernod Ricard’s credit, the business has always been somewhat of a pioneer in sustainable retailing – its founder Paul Ricard did, after all, found the Paul Ricard Oceanographic Institute, which has spent the last 50 years campaigning against the pollution of the seas.

There is “a lack of simplicity and clarity at policy level”, argues Pernod Ricard CEO Alexandre Ricard. “When you start inundating people with numbers and complexity it becomes difficult. And then they start talking about the cost and raising taxes, that we’re all destroying the planet and you should feel guilty so you’re going to pay for it.

”We need to say we have the technology, we have the knowledge, we’re capable of predicting what’s going to happen. It’s not about extra cost but about making the right investment choices.”

To say this isn’t all about environmentalism is lazy at this point. That shoppers have wised up to greenwashing and are more knowledgeable than ever when it comes to legitimate sustainability credentials (read: they can use Google) understandably has marketeers frothing at the mouth. They’re wagering that shoppers won’t just switch to more genuinely sustainable drinks from the competition, but that they’ll trade up.

Alexandre Ricard says he believes roughly two thirds of shoppers would do so. Speaking to The Grocer last year, Carlsberg’s global brand director said while sustainability was “not the magic bullet” it was aiding the beer’s “journey towards premiumisation”.

It’s easy to be cynical about statements like these, to argue that brands are just jumping on the bandwagon because Blue Planet II spurred a generation of Brits into self-righteous anger. But cynicism ultimately gets you nowhere.

Cynicism doesn’t change the fact that significant portions of the planet – including parts of the Arctic Circle – spent 2018 on fire, or that whales are dying of gastric shock after ingesting obscene amounts of discarded plastic bags. At this point every little helps. And companies like Pernod Ricard and Carlsberg are doing more than a little.

That the stars of public pressure and profitability have aligned is no bad thing. History will look back kindlier on those that get on board now.