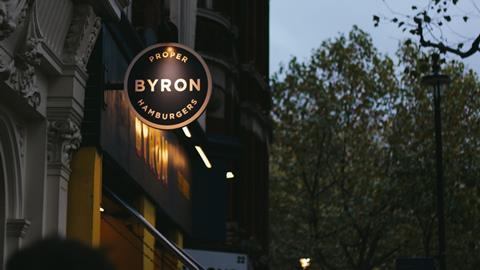 There is no escaping it. The eating out sector has a serious allergen crisis on its hands, and if it doesn’t get its act together soon, things are only going to get worse.

Earlier this month, Natasha’s Law was laid down in parliament, requiring food businesses to include full ingredients labelling on pre-packed for direct sale foods.

Food minister Zac Goldsmith described this as a “significant moment for the millions of allergy sufferers in England and a fitting tribute to Nadim and Tanya Ednan-Laperouse’s tireless campaigning”.

But it’s not enough. As last week’s inquest into the tragic death of teenager Owen Carey revealed, there are still gaping holes when it comes to providing allergen information on menus.

Carey, who lived in East Sussex, died on 22 April 2017 after eating at the Byron hamburger restaurant at the O2 Arena in Greenwich, London while celebrating his 18th birthday with his family.

In an earlier hearing of the inquest in September 2018, the court heard Carey had told the server he had allergies. He did not, however, specifically ask about the chicken burger – because he’d been reassured by the menu, which didn’t mention it was marinated in buttermilk.

Under current legislation, restaurants and takeaways are required to let customers know if any of the 14 priority allergens are used as ingredients in their food. However, this doesn’t have to be communicated via the menu. It can be given out by a member of staff as long as there is signage notifying customers that they can ask.

Which leaves the door wide open for miscommunication and misunderstanding.

Speaking after last week’s inquest, the Carey family called for ‘Owen’s Law’ – forcing restaurants to display clear allergen information on each individual dish on their menus.

“It is simply not good enough to have a policy which relies on verbal communication between the customer and their server, which often takes place in a busy, noisy restaurant, where the turnover of staff is high and many of their customers are very young,” they said.

It is this behavioural aspect that is perhaps most troubling. Not only in terms of the reliance on the staff’s knowledge and willingness to take requests seriously; but in terms of the young customers they are dealing with. Once again we have a tragic case where a teenager has died from a food allergy issue. That might be interpreted as a sign that food allergies are on the increase among the young, but just as significant is that this age group can feel uncomfortable speaking out about their allergies, research has shown. They can also be risk takers, even when it comes to life and death situations.

That’s not to suggest in any way that young people who suffer a reaction while eating out are to blame. But it does suggest we need a radical overhaul in the way allergen information is made available to these consumers.

So existing legislation, which relies on clear communication between customer and server, is clearly no longer doing its job. But new laws may not fix the problem.

The FSA says it will look at the coroner’s recommendations “carefully” – and I have no doubt the regulator will consider very thoroughly whether the rules should be tightened.

But there also needs to be a joined-up, industry-wide effort to understand exactly what the potential risks are, where communication might break down, and how best to present allergy information to younger consumers.

Having learnt its own very painful lesson, Pret a Manger has already begun this work in earnest. But it can’t do it alone. I just hope its high street rivals don’t wait for another tragic death before taking action of their own. Because no families should have to endure the heartbreak the Carey and Ednan-Laperouse families have had to endure.