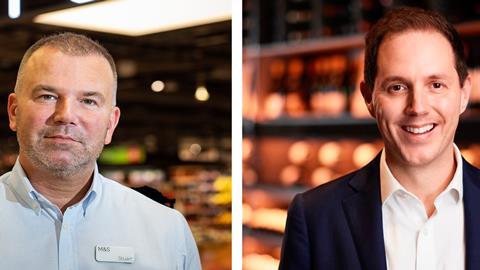 Freudmann will relieve now-CEO Machin of his Food MD responsibilities from 1 November. But who exactly is the man entrusted with the task of taking the retailer’s strongest-performing category for years to the next level?

Freudmann will be relocating from Australia, where he has spent more than a decade in a number of retail roles. He is currently MD of Australian liquor retailing chain Dan Murphy’s, owned by Endeavour Group. Prior to that, he spent nearly 10 years at another Australian retail behemoth – Coles –  in various management and leadership roles. The final one of those roles was, most crucially, fresh foods director.

Freudmann comes armed with UK experience, too. Between 2003 and 2009 he worked at Tesco, mainly in buying roles.

Now he says he’s ready to return to the homeland and join a brand he has “always had huge respect for”. Although much has been achieved under Machin’s leadership, Freudmann believes “huge opportunities” remain – and he shares the executive team’s belief “in the long-term potential to double the size of the business”.

As he suggests, he is stepping into some big shoes. Machin is widely credited for revitalising the food arm of the business since taking over as Food MD in 2018, having previously worked for nearly all of the big four.

Before his tenure, M&S was perceived as a somewhat stale grab-and-go type of grocer, specialising in ready meals and fancy sandwiches. Fast forward four years and two Machin promotions – firstly to COO and now to CEO – and there are several M&S Food Halls in retail parks across the country, basket spend has increased significantly, and M&S groceries are available online for the first time via Ocado. The group has even upgraded its profit estimates for the year – twice – based on growing food sales.

As Freudmann gets ready to take the reins, M&S is facing one of its toughest challenges yet. It has already warned its growth rate is going to shrink against a backdrop of rising fuel and food prices, supply chain inflationary pressures, higher interest rates, and the Ukraine war. And shareholders have not forgotten share prices fell over 50% at one point during Rowe’s tenure.

However, Freudmann may be just the man to navigate this landscape. He has an extensive background in grocery transformation strategies – forming part of Coles’ transformation leadership team around the same time as Machin (it’s probably safe to assume they’ve bumped into each other once or twice Down Under). His current boss, Endeavour CEO Steve Donohue, said Freudmann had been “instrumental in driving the innovation and modernisation now synonymous with the brand”.

Machin obviously trusts Freudmann to continue carrying out the transformation strategy he set out nearly four years ago. After all, giving away his Food MD responsibilities must be hard to do – last year, he told The Grocer the food division was his “pride and joy”.

It will now be up to Freudmann to make sure food remains pride of place at M&S.