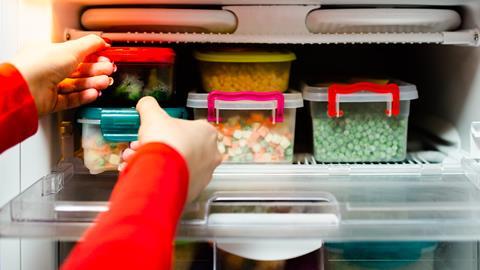 There are some big numbers cropping up during the Covid-19 pandemic. Most make for deeply unpleasant reading – particularly for the UK today. But there are a few joyous exceptions.

The latest come from Wrap, which carried out a survey of 5,000 adults. It found UK households have become much better at preventing food waste, which is down by a third across staple foods such as potatoes, bread, chicken and milk.

More than one in three (36%) respondents said they had thrown away less uneaten food overall in the past month, compared with just 4% who were throwing away more. Households reported a number of measures that were reducing food waste, including greater meal planning, better fridge management, higher levels of freezing, and more creative use of leftovers.

“The encouraging results confirmed that this ‘new normal’ in the way we manage our food presents an opportunity for the nation to cement these behaviours in the future and re-evaluate our relationship with food” says Wrap.

Its results follow similarly uplifting figures from environmental charity Hubbub. It found almost half of people (48%) were throwing away less food since lockdown came into effect. Just 6% were disposing of more.

Around half (51%) of those wasting less were planning meals more carefully and getting better at using up leftovers; 35% were using their freezer more; and about 17% were even paying less attention to ‘best before’ advice, eating more out of date food.

Further to that last detail, let’s return to Wrap – which is urging Brits to avoid food waste by not pandering to best before dates. Last month, the organisation published new guidance, produced with the FSA and Defra to highlight the fact much food past its ‘deadline’ – mainly ambient – remains perfectly good to eat.

Bread’s fine for an extra couple of days. Crisps will last another month. Pasta sauce can survive 12 months more than advised. As for dried pasta and jam, we’re talking three additional years at least.

“The law states that all food with a best before date can be sold, redistributed and consumed after that date, as long as it’s still good quality, but we appreciate that isn’t understood by all,” Wrap says.

Maybe it should be understood by all. Even small changes could help drive such education: a brief note on the back of pack, a friendly message on a shelf talker…

Combine them with people’s newly grown appreciation of leftovers and freezers, and there’s potential for even more life-affirming numbers.

With coronavirus, the resurgence of plastic, impending recession and Brexit, the food and drink industry is facing many serious challenges right now and in the future. But food waste no longer need be one of them. The ‘new normal’ has finally presented us with a great opportunity.