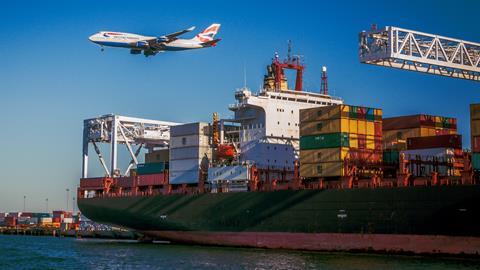 Dreams of frictionless EU trade are dead. But we still don’t know what is next

Any dwindling hopes of frictionless trade with the EU are dead.

Sajid Javid has vowed to end alignment with EU rules after Brexit.

It was a tough message that met a rocky landing.

The Food & Drink Federation (FDF) branded it “the death knell for frictionless trade”, and alongside other key industries, warned it could lead to “a serious risk to manufacturing competitiveness” as a result of greater costs and disruption.

But divergence can take many shapes. And what is just as worrying as Boris Johnson’s new proposal of low EU alignment is the fact that without further clarification, the policy is ultimately meaningless.

Brexit is now less than two weeks away, but businesses remain no clearer on what to expect. Without key questions answered, they remain in a state of limbo unable to adapt to what may come down the line.

The government must now prioritise confirming what “divergence” actually means. The options range from toying around at the edges to a fundamental redesign of every regulatory rule plus many stops in between. Each will require different response actions from businesses, some that could take many years to enact.

Many in Downing Street’s upper echelons see a comprehensive departure as Brexit’s holy grail, and so it is reasonable to assume this is where we are heading.

But regulations do not change overnight. What can be expected to change within a matter of months and what may take years? What could even take decades?

And, crucially, what are we diverging towards? The US will be touted as the next great opportunity for exporters, but how will they be supported to make the most of it?

The Chancellor may declare “we will not be a rule-taker” but every game has its rules. If not the EU, then whom?

Businesses have already waited more than three years for answers to these questions. It is vital clarity is provided soon to end the cycle of empty buzzwords and provide clear and decisive policy.