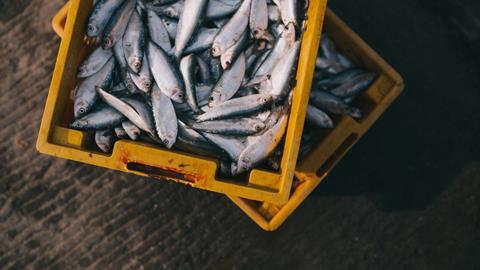 A whole 19 working days before the UK transitions overnight away from one of the world’s most established trading relationships, with thousands of businesses still unprepared for the change, and British border posts and IT systems still not up and running, the Irish Taoiseach sat down with Boris Johnson to chat about fish.

According to today’s Irish Times, on Friday Micheál Martin “pointed out to the British prime minister, this idea of dividing lines across the seas and saying, ‘this is our fish and that’s your fish’ – I mean, the seas don’t operate like that”.

The fact that fish is still even on the table given its most minor of economic contributions is often thought to be a smokescreen, a means to make the EU look unreasonable and draw attention away from the more fundamental issues of state aid and the level playing field.

In one way or another, the two will have to balance against each other – if the UK is to make significant concessions on the level playing field it will insist on big EU concessions on fish – but while the former is reportedly seen as the ‘real’ obstacle as far as the EU is concerned, when it comes to selling this deal to the British public, it is also the easiest to fudge.

This is because – somewhat assumptively of course – that in the midst of a pandemic and with Christmas planning underway, most people in the UK seem unlikely to either understand, or care, about the level playing field, a technical and largely esoteric concept that does not lend itself to clear and obvious impacts on day-to-day lives.

Fish, on the other hand, in the context of these negotiations, can be sold as clear cut. It involves quotas and therefore numbers, easily translatable into a trade deal ‘win’ or a ‘loss’. When the EU reportedly offered to return 18% of fish caught in UK waters last week, the inequity was clear. “They should give us back all our fish,” go the cries.

Perhaps for this reason the UK is far less able to budge on fish than would seem at all reasonable. Because for millions of people across the UK who abandoned caring about Brexit long ago, fish will be an easy, clean-cut barometer on which the UK’s deal will be judged.