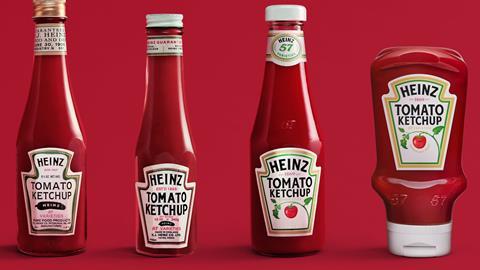 Heinz’s investment in the UK is welcome, but it’s only part of the picture

Talk about great timing. With barbecues firing up across the land to mark summer’s arrival (finally), a multitude of Brits will be reaching for their ketchup bottles.

Which means Kraft Heinz’s latest announcement couldn’t be more apposite. The US supplier today revealed plans to invest $199m (£140m) over the next four years in upgrading its plant in Kitt Green, Wigan. It’ll see Tomato Ketchup and other classic Heinz table sauces being made in the UK for the first time in more than 20 years.

Since 1999, they’ve been produced in the Netherlands. Now they’re set for Greater Manchester (as long as Heinz HQ gives its approval later this year). The Kitt Green site is already Europe’s biggest food manufacturing facility, turning out 1.3 billion cans of beans, soup and pasta – 94% of which are sold in the UK. It’s about to get even bigger, adding 50 full-time jobs and a bunch of sauce-producing equipment.

Heinz’s biggest expansion of a manufacturing site outside the US in more than 20 years is not only timely, it’s also very shrewd. After all, the UK is one of Europe’s biggest consumers of ketchup. In the past year, shoppers spent £192.2m on it, as an extra 11.3 million packs went through grocery tills [Kantar 52 w/e 18 April 2021]. Then there’s the extra £37.2m Brits splashed out on mayonnaise.

So, as Heinz aims “to meet the demand from a new generation of UK consumers”, it’ll be keen to keep the sauces flowing – without having to worry about the Brexit-related border delays, bureaucracy and costs that are affecting 61% of British businesses, according to the London School of Economics & Political Science.

“The Kraft Heinz investment is a vote of confidence in the UK economy from a major US firm and a boost that will mean jobs and growth for the local economy,” according to minister for investment Gerry Grimstone.

It’s good news indeed – especially for the industry’s workforce. And it comes after Amazon last month announced it would create more than 10,000 new permanent jobs in the UK.

But it also comes as 600 jobs are about to go at Nestlé’s Fawden site, shortages of staff hamper foodservice wholesalers, and Weetabix engineers consider striking over what Unite has called “plans to fire and rehire them on vastly inferior contracts”.

It’s understandable that what Heinz calls a “strong vote of confidence in post-Brexit Britain” should be celebrated, especially by Wigan’s townsfolk. But they’d be advised to do so quietly so they’re not heard by parts of the country in less of a mood to cheer.