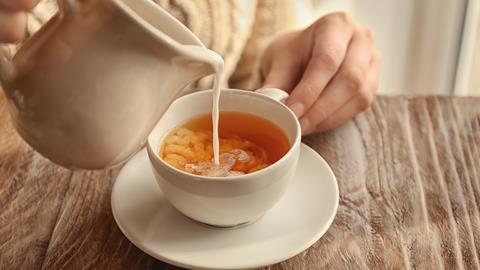 Highlights from The Grocer Top Products 2020 – from tea to Viennetta

After a year like no other, we’ve published a Top Products Survey like no other. Almost every single grocery category was in growth this year, as food and drink spend transferred from the beleaguered out-of-home arena into retail. But even amid this consistent growth, there were some standout figures that caught the attention of The Grocer team. So here’s our pick of the highlights from our survey this year – from the return of a nostalgic dessert to demand for an unfortunately named lager (all figures below are Nielsen, 52 w/e 5 September 2020 unless specified otherwise).

1. Greggs, Nando’s and Starbucks were missed!

It’s been a torrid year for foodservice brands. All of the above names suffered blows to their main businesses as Covid-19 restrictions forced them to close their doors. But in one small glimmer of good news, their retail sales went through the roof as shoppers looked for a taste of their favourite cafés, restaurants and bakeries.

Greggs’ frozen pastry range in Iceland grew £11.6m to £47.3m. Nando’s range of marinades, sauces and rubs soared 180.3% to £2.4m. And sales of Starbucks coffee pods grew a staggering £26.7m to £31m. The latter was down to more than sheer brand power, though. The Starbucks retail range has been heavily backed by promotions and media spend in recent months, as Nestlé looked to make its 2018 deal pay.

After the year we’ve had, you would think Brits would be dodging anything that reminded them of coronavirus. Yet despite its unfortunate namesake, Corona lager grew sales by £68m to £237m in retail. That makes it the fourth fastest-growing lager brand in our Top Products Survey this year, in a category that grew by almost £800m overall. It’s a massive turnaround from early on in the pandemic, when pictures of beer pallets stripped of all brands bar Corona circulated on Twitter. Proof, if ever you needed it, that the nation’s love of the brand is stronger than coronaphobia. Either that or Brits discovered a sense of humour.

3. Viennetta made an unlikely comeback

It was the king of desserts in the nineties. A Viennetta at the end of a dinner party was considered posh. But as the years went by, the brand’s appeal faded. Like the Arctic Roll before it, the Vienetta became outdated when set against a host of upmarket ice creams that premiumised the category, as well as desserts such as salted caramel profiteroles or melt-in-the-middle chocolate puddings – not to mention the more recent move towards dairy-free ice creams.

However, Covid-19 has made us nostalgic, as Viennetta has made some surprising gains. It grew 18% to £12.6m, cementing its position as the nation’s favourite frozen dessert.

This Swedish oat milk brand has been making significant gains in the UK for some time now. But this year was a real breakthrough. Oatly delivered the largest absolute gain in the free-from market – £40.7m – to become the number two brand behind Alpro. That puts it ahead of giants such as Arla’s Lactofree. The explosion comes amid some savvy NPD, such as its Oatgurt, and a sharp rise in the popularity of oat milk.

5. The cheese sandwich was king

The closure of Pret forced Brits to make their own sarnies for lunch this year. In March, the number of at-home lunch occasions soared 87%, according to Kantar figures. And the humble cheese sandwich proved an easy winner at this time. That bolstered sales of both cheese and bread. Cheese sales grew by £257.6m, and wrapped bread registered its first volume increase in years, delivering a £51m gain.

This was the year Brits ventured away from the microwave in their cooking habits. Faced with more time on their hands than ever, the nation got experimenting in the kitchen. That meant the five-minute meal lost a core part of its appeal. So chilled ready meals saw a rare sales slump, down £74.2m as volumes fell 4%, while meal kits and scratch ingredients such as meat and veg soared.

Here’s a testament to the power of a proper brew. While rival tea brands have been busy diversifying their portfolios away from black tea in favour of trendier options, Yorkshire Tea has stuck to its guns. Bar a few extra lines – this year’s Toast & Jam variant being the latest addition to the range – it has focused on the traditional cuppa. That strategy helped it become the top tea brand this year, overtaking Twinings with a £14.6m rise in sales. All credit to Yorkshire Tea, too, for its brave stand against racism on social media. Despite calls for the brand to be banned its message of #solidaritea has only helped.

As we head into Christmas, with vast swathes of the country in a new Tier 4, and supply threatened by gridlock in the ports caused by the coronavirus and a potential No Deal Brexit, one wonders what 2021 holds in terms of consumer behaviour. But here’s hoping that, when we come to do this survey again in 2021, we’ll see a far more stable picture.