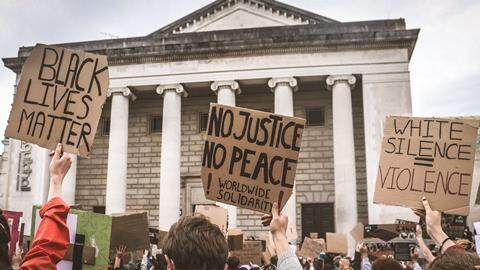 In taking a stand against racism, tea brands are leading the way in fmcg

UK support of Black Lives Matter sparked two newsworthy events this weekend. The most prominent was that impromptu swim in Bristol on Sunday for the statue of slave trader Edward Colston.

Unbeknown to most at the time, the previous day had seen far-right agitator Laura Towler tweet: “I’m dead chuffed Yorkshire Tea hasn’t supported BLM”. She didn’t get a reply for a couple of days. But the wait was worth it.

“Please don’t buy our tea again,” the brand urged her with un-Yorkshire-like restraint. “We’re taking some time to educate ourselves and plan proper action before we post. We stand against racism. #BlackLivesMatter.”

And then it all kicked off.

Predictably, a litany of unsavoury individuals came to the support of Towler, who happens to be deputy leader of a white nationalist gang calling itself Patriotic Alternative. A Twitter mob criticised Yorkshire Tea for “virtue signalling”, committing “commercial suicide” and backing an organisation that “wants to abolish the police and much of our country”. Some even vowed to switch from Yorkshire Tea to PG Tips.

The Unilever brand was having none of it. “If you are boycotting teas that stand against racism, you’re going to have to find two new tea brands now #blacklivesmatter #solidaritea,” it tweeted at one pro-Trump critic of its rival. Cue the inevitable accusations of “reverse racism”, “driving division” and other such nonsense.

But there was also plenty of praise for the tea brands’ boldness in taking a stance regardless of the potential commercial repercussions.

A user with the handle @Regenerate_R praised PG Tips for supporting Black Lives Matter “in the most bold, yet British, way imaginable”, while Tetley tweeted: “We stand with you in #solidaritea!”

The history of tea is not a pleasant one. Our national brew has an exploitative and racist history. Even now, UK suppliers occasionally face accusations of enabling exploitation on teas estates around the world. Brands still have a way to go to make amends.

Nevertheless, it’s heartening to see them making a stand against bigotry.

The same goes for all other fmcg players who have pledged unity over recent weeks with their fellow human beings, whether it be Ben & Jerry’s call to “dismantle white supremacy” or the numerous backers this month of Pride.

Powerful grocery brands have a right – one might even say an obligation – to use their vast resources for good and ignore demands that they “stay out of politics”.

They’ve already fought against climate change, food waste, hunger, slavery and childhood obesity. Only the naive would believe these aren’t political issues too.