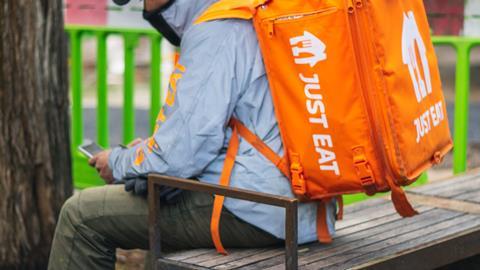 Dutch billionaire Jitse Groen, the CEO of Just Eat Takeaway.com (JET), is not a man to bite his tongue. And it can be a vicious one when the 43-year-old takes aim at rival delivery platforms.

Earlier this year in an opinion piece in the Financial Times, Groen said the gig-working model of other food delivery apps had “led to precarious working conditions across Europe, the worst seen in a hundred years”. (Takeaway.com has always taken on delivery staff as employees and, following its merger with Just Eat, is rolling the model out across its operations globally.) Ouch!

Then in April, Groen got into a Twitter spat with Dara Khosrowshahi, implying the Uber CEO was bringing Uber Eats to Germany in order to “depress our share price”. Khosrowshahi said Groen should “pay a little less attention to your short-term stock price and more attention to your tech and ops”.

Groen replied: “Thank you for the advice, and then if I may… Start paying taxes, minimum wage and social security premiums before giving a founder advice on how he should run his business.”

There is, of course, nothing the courier apps hate more than each other (The Grocer has even received calls from red-faced communications folk insisting their brand is listed ahead of another in a sentence mentioning rivals).

But it’s not only JET’s rivals who have found themselves at the mercy of Groen’s sharp tongue. So too have analysts (“Some of them can’t even do basic maths. All of them mix up definitions. It’s unbelievable,” Groen tweeted after a results call, later ‘apologising’ with: “Sorry guys, that was uncalled for… but please at least buy a calculator or be prepared for a good slapping on our next call. You are breaking my brain.”).

On one hand, it’s refreshing to see this sort of candid honesty from a CEO. But it might be time for Groen to reconsider such outbursts. Not least because Just Eat has this week faced criticism from Cat Rock Capital Management, an activist investor with a 4.7% stake in the business, over its “poor handling of its relationship with investors”.

“JET communication with the market has been a disaster,” Cat Rock says. It may have a point. CEO comments like “We’ve been very vocal that with logistics, you can’t make any money in Europe”, made on an analyst call last year, “bizarrely downplays the potential of its own investments” Cat Rock points out.

In May, Just Eat announced it would start supermarket grocery deliveries in Germany, while “investigating a similar approach in other key markets such as the UK and the Netherlands”. Which may well have excited investors if Groen hadn’t just a few months earlier said “the [grocery] opportunity is relatively small”. He also said, last year, that “there are no margins on grocery”.

“JET’s deeply flawed communication has made it the worst-performing online food delivery stock over the past two years despite strong operational performance,” Alex Captain, founder and managing partner of Cat Rock Capital, said this week.

Just Eat is a “fantastic business”, a market leader in many regions and has “long runway for growth”, but it has “failed to upgrade its communications with investors and the markets since IPO, leaving it deeply undervalued and vulnerable to takeover bids at far below intrinsic value” Captain added.

While it’s a shame for CEOs to turn into bland, highly censored suits when their companies grow large enough, it’s something investors are more comfortable with (see Elon Musk’s most expensive tweet ever). If Groen can resist rising to the bait on Twitter, and turn attention from negative barbs to boosting JET, the company’s value will surely rise in line with its undoubtedly impressive underlying results.

And that would really be something to shout about.