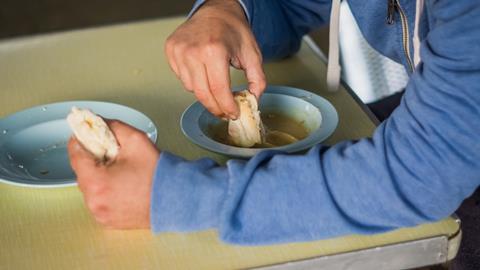 Ministers must act now to avoid a post-coronavirus food crisis

The world is teetering on the edge of the worst food crisis seen in over 50 years.

That was the bleak warning from the UN’s Food and Agriculture Organization (FAO) yesterday, which noted the coronavirus pandemic and its impacts are driving up hunger in countries that were already experiencing high levels of food insecurity prior to the outbreak.

“The Covid-19 pandemic poses a clear and present danger to food security and nutrition, especially to the world’s most vulnerable communities” FAO director-general Qu Dongyu told a high-level UN event on humanitarian action.

Before the pandemic, 135 million people worldwide were already coping with acute hunger caused by conflict, climate shocks and economic downturns, according to a report by the FAO.

Hunger isn’t just a distant threat. According to new research published by Scotland’s Poverty & Inequality Commission this month, the food insecurity crisis in Scotland sparked by Covid-19 is far from over.

Although there have been improvements in emergency food aid provision since the start of lockdown, demand is still rising and is likely to keep doing so, according to the frontline Scottish community organisations involved in the research.

Many organisations are already at full capacity and 80% believe they are not reaching everyone in need of emergency food support.

We’ve heard similar concerns across the UK – with The Trussell Trust reporting an 81% increase in referral of people experiencing destitution and hunger during lockdown compared with the same period last year.

So what must be done? The UN is calling on countries around the world to take a threefold approach.

Firstly, mobilising to save lives and livelihoods by designating food and nutrition services as essential, while implementing appropriate protections for food workers.

Secondly, strengthening social protection systems for nutrition – including supporting children who no longer have access to school meals.

And thirdly, investing in the future by building food systems that better address the needs of food producers and workers. In other words, countries must have a joined-up approach to food policy – both domestically and across imports and exports – to prevent disaster and hunger in the post-Covid world.

Instead, ministers are occupying themselves with selling British food standards down the river to get a trade deal with the US.

Sure, that would give us an influx of cheap food. But as this pandemic has proven, global food supply chains are vulnerable to disruption.

That’s why food industry leaders have this week called on the government to rethink its food strategy as the UK emerges from the Covid-19 crisis, which they claim has exposed “inherent weaknesses” in the system arising from a lack of support for domestic food producers.

A document, backed by 30 trade groups, proposes a recovery based on more sustainable and heathier UK diets – with better support for domestic producers and a more proactive policy to prevent food waste.

We can only hope the government takes heed. Because without some joined-up thinking, we risk a huge food security crisis in the UK – which could eventually prove to be even more dangerous to public health than coronavirus itself.