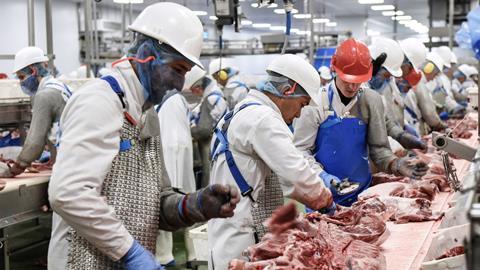 After the weekend’s debate over whether Boris Johnson was telling pork pie porkies or not, today’s news our dear leader plans to metaphorically bolt the doors of parliament presents us with a good old-fashioned constitutional crisis.

The PM said the move to suspend parliament for five weeks from 10 September – just days after MPs return from their summer break – was designed to usher in a “very exciting new agenda” for his fledgling administration.

But while his supporters insist it had nothing to do with a deal between the opposition parties yesterday to nobble a no-deal Brexit, party leaders have labelled the move “a sham”, “an outrage” and even “a dictatorship”.

Regardless of where you sit on the Brexit argument, one thing is abundantly clear as opposition MPs pledge to fight Johnson’s high-stakes move (either in court or by staging a sit-in at Westminster). We are still no closer to escaping the morass of uncertainty we’ve been stuck in since June 2016.

But while we are all grasping for clarity, US meat giant Pilgrim’s Pride must have a much clearer take on what lies ahead.

Having already snapped up Moy Park in 2017, it’s just announced the shock acquisition of UK pork processor Tulip for £290m. The move will, it says, create “one of the largest integrated prepared foods businesses in the UK with a portfolio of brands and retail private label solutions”.

The sale of Tulip is not a big surprise, after a tough few years of trading and several warnings by owner Danish Crown its performance was dragging the rest of the group back.

But to see the processor snapped up by a US company (which is itself owned by Brazilian behemoth JBS) suggests the US meat industry now has the UK firmly in its sights.

Danish Crown today stressed part of the deal terms included a long-term strategic partnership to continue supplying Danish pork to Tulip. But it’s hard to ignore the fact US pork producers could now have a much easier route to market for their pork in the UK should we sign a free-trade deal with the US.

For that to happen, the UK would have to agree to lift current EU restrictions preventing US pork imports – including a ban on feed additive ractopamine, and the requirement that the US conduct trichinae risk mitigation.

That would – in the words of the National Pig Association – be a “betrayal of UK pig producers and the high standards of production they are proud to adhere to”.

But with Johnson’s mate Donald Trump again promising a “very big trade deal” with the UK just a few days ago, this deal for Tulip could well be a game-changer for the meat sector.