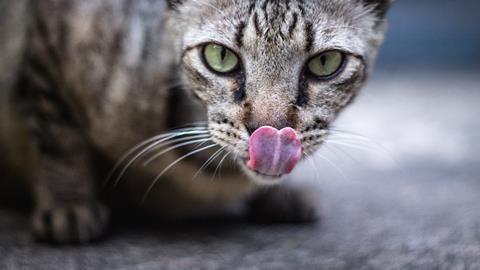 Raw petfood is on a roll, but Natural Instinct TB case underlines the dangers

How the heck were dozens of pet cats across England infected by bovine tuberculosis (bTB)? Veterinary scientists at the University of Edinburgh’s Royal (Dick) School of Veterinary Studies believe the outbreak was caused by a product from Natural Instinct, a maker of super trendy raw petfood.

The university’s report, out last week, looked at six cases of bTB among domestic cats, finding circumstantial evidence that the animals had only one thing in common: they had all tucked into the posh brand’s Wild Venison meal.

And since the paper’s publication in the Journal of Feline Medicine and Surgery, its authors have heard tell of 30 more households in which cats have bTB. Ninety animals and 100 people have been referred for tests, The Independent reported yesterday.

So, pretty grim news. At least Natural Instinct had already withdrawn its venison in December, because it had “not had the offal inspected in line with legal requirements”, said the brand. That meant “the safety of this product cannot be confirmed”, but it did at least mean that a damaging and expensive recall involving Natural Instinct’s hundreds of independent pet food stockists had been avoided.

Why the rise of the ‘gastropooch’ is no laughing matter

An investigation in collaboration with the FSA is now ongoing, but a spokeswoman for the brand insisted that Natural Inspired “followed, and continues to follow, every food standard, hygiene regulation and best practice required to produce raw petfood in the commercial marketplace.

“As a responsible manufacturer, we are regularly inspected by the Animal & Plant Health Agency. We have complied with all of the necessary requirements and, consequently, APHA have confirmed they are satisfied all standards have been met by us,” she added.

Those standards for raw petfood are not as extensive as those concerning human food. But they do demand use only of slaughterhouse material and game passed fit for humans to eat but unwanted for commercial reasons, not disease.

Obviously, Natural Instinct will want to avoid another food safety (and PR) disaster. But it’s a worrying development for the raw petfood movement as a whole and all eyes will be on the results of the FSA enquiry because – whether it’s freeze dried, frozen or even fresh – raw is a growing and highly lucrative trend. So much so, in fact, that Poppy’s Picnic was comfortable in turning down a £60k investment offer on Dragons’ Den… and then went on to raise 10 times that amount for its portfolio of raw treats made from chicken, fish and the like.

Advocates of raw petfood tout its health benefits and the way it ‘reconnects’ domesticated dogs and cats with their species’ primal origins.

Not everyone’s convinced, mind – a backlash against raw petfood is growing. Scientists at Utrecht University in the Netherlands last year warned it may contain bacteria and parasites, even when it is in commercially prepared meals. This warning was echoed last month in the US, where the Food & Drug Administration and the Centers for Disease Control & Prevention recommended feeding dogs and cats meat only that was cooked to a proper temperature.

Which ought to go without saying, but bears repeating. After all, you wouldn’t eat raw chicken, so why insist Rover and Mittens do so?