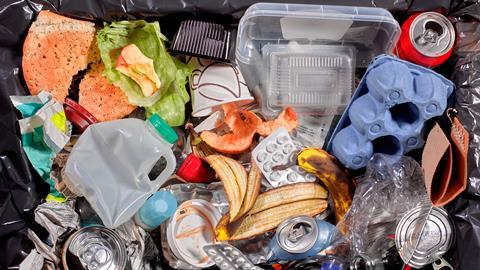 Hussain is just the sort of modern role model that could breathe fresh air into the campaign to tackle household food waste, one which, like it or not, has gone rather stale in recent years.

Wrap is very defensive of the record of its Love Food Hate Waste campaign. It first launched in 2007, but with 6.6 million tonnes of waste still coming from UK homes, it can hardly be described as a runaway success.

Despite new Wrap research showing the pandemic has caused people to think again about waste, with levels down by almost a quarter since the first lockdown began, there is a real danger habits will return to normal once we reach the big independence day come June.

So now is absolutely the time to strike.

Correctly, this week’s campaign, which is backed by a who’s who of retailers and suppliers, also recognises the industry has failed to sufficiently make the link between food waste and climate change – certainly not as successfully as campaigners like David Attenborough, who has cut through in the war on plastic.

With COP26 looming, it’s an ideal time to put that right. If Hussain can achieve even a spoonful of Attenborough’s success, it will have been a good initiative, especially if it can become more than just a week-long event.

But there is a potential sting in the tail for the industry. Food Waste Action Week has already reignited calls for companies to address their waste before preaching too strongly to households.

Campaign group Feedback was quick to point out today that retail, manufacturing, hospitality and foodservice businesses have reduced their food waste by only 7.4% between 2011 and 2018, from 3.11 to 2.88 million tonnes – so there is much to answer for the sector, albeit one on its knees because of the pandemic.

Feedback also took a swipe at what it claims is the lack of progress on transparency among supermarket suppliers in the fight against food waste.

“Despite public pressure, major food businesses have been extremely reluctant to publish their food waste figures,” says Jessica Sinclair Taylor, head of policy at Feedback. “There are only 60 businesses in the UK who have publicly reported their food waste data, and no robust food waste figures have ever been measured for the UK’s total primary production sector, despite Wrap’s estimates indicating as much food may be wasted in this sector as in retail, manufacturing and catering sectors combined.”

As The Grocer revealed last week, the industry is soon to come under more scrutiny, with the government understood to be once again preparing a consultation on mandatory reporting for food waste – a delayed strategy which has also been a victim of the pandemic.

But as lockdown eases, it won’t just be about the battle to keep household food waste from going back through the roof. The industry will need to get its own house in order too.