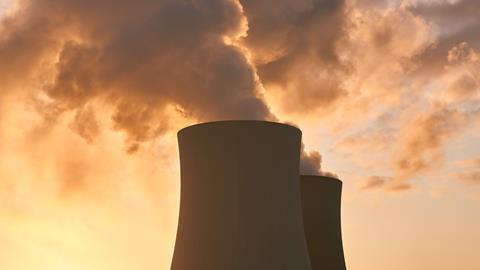 Should Sainsbury’s win such acclaim for its carbon reduction commitment?

Make no mistake – supermarkets are bad for the environment. How could heating, lighting and air conditioning a huge open space filled with rows of doorless fridges not be?

Retail food outlets in the UK are responsible for around 3% of total electrical energy consumption and 1% of total greenhouse gas emissions, according to research.

And that’s before emissions from the cooling and conditioning of expansive distribution centres, and the refrigerated lorries and vans that carry goods from them to stores and customers’ homes is considered. And don’t forget the carbon cost of producing and incinerating the mountains of plastic packaging that persist in the aisles. Oh, and the damage caused by food production itself, of course.

It’s a relief, then, that Sainsbury’s has committed to making its business and operations ‘net zero’ – meaning it will strike a balance between the emissions it pumps into the environment and those it draws out – by 2040. At present, it is emitting one million tonnes more than it takes out, and that comes after a 35% absolute reduction over the past 15 years.

But the ‘Sainsbury’s saves the planet’ spin from the company – and the talk from the legacy-building-before-leaving CEO Mike Coupe, who said the effort meant we could truly “live well for less now and in the future” – feels a bit over the top.

After all, the initiatives announced by the company hardly hurt it. All lighting switching to LED by 2022 is a big electricity cost saver. As are more energy-efficient fridges. Rainwater harvesting brings down bills too. The commitment to halve plastic packaging by 2025 doesn’t apply to suppliers, with which Sainsbury’s “will work to set their own ambitious commitments”. Golf clap for that.

And why take 20 years to reach net zero? Why not aim higher, sooner, like Microsoft has in its vow this month to be carbon negative by 2030, and remove all the carbon it has ever emitted by 2050?

While the news has been welcomed by some – including Boris Johnson (the government’s own net zero target comes a decade later) – many will be wondering what’s taking so long.

It is a whole decade earlier than Tesco, which has made a net zero commitment for 2050. Tesco’s effort does include carbon reduction demands on its suppliers, though.

In any case, big chains scrabbling to beat each other on carbon commitments shouldn’t be sniffed at – and other major brands are sure to follow suit before too long. This is good. But considering the sheer scale of their negative impact on the environment, it feels like it’s the very least they can do.