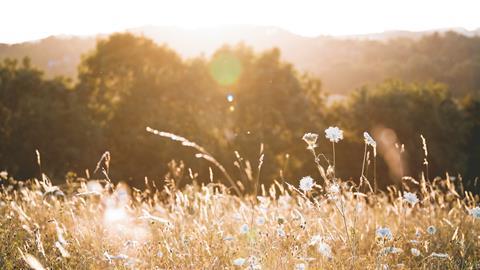 Sustainable farming incentives must be balanced against protecting UK industry

Speaking at the Oxford Farming Conference, Eustice revealed the government’s Landscape Recovery Scheme for England (a key pillar of the Environmental Land Management policy that is the primary mechanism for distributing funding previously paid under CAP) would invite funding bids for up to 15 pilot projects that involved full rewilding, or the introduction of measures that restored habitats.

Against the backdrop of the government’s net zero ambitions, Eustice said the new scheme (which is applicable to projects ranging from 500 to 5,000 hectares) and other sustainable farming initiatives, would help the government reach an ultimate target of 300,000 hectares of land covered by such “landscape recovery” projects by 2042.

The Guardian put that figure as roughly half the size of Lancashire being rewilded to some degree, while Eustice added the scheme was one part of the government’s plan to “incentivise sustainable farming” and meet the government’s environmental objectives.

Perhaps understandably, the announcement was welcomed by bodies such as the Countryside Restoration Trust, which described it as a “welcome step towards reversing the precipitous decline in British wildlife”.

And many of the farming practices Eustice is advocating tie in with the growing trend towards regenerative agriculture. Let’s not forget we are currently in the midst of the third annual Regenuary campaign.

Forget Veganuary. Let’s talk about Regenuary and the power of regenerative farming

Launched in 2019 by Glen Burrows, the co-founder of online retailer the Ethical Butcher – as a reaction to Veganuary and the “misleading messaging around veganism and its effect on the environment” – Regenuary calls on consumers to source as much of their food as possible from regenerative farming for one month of the year.

The Ethical Butcher said the campaign is now gaining real traction, with “participation from thousands of consumers and industry advocates” across a range of diets ranging from carnivore, pescatarian, vegetarian and vegan.

And regenerative agriculture is a topic that is now starting to trickle down into mainstream food production, with the likes of Yeo Valley, Waitrose, Arla, McDonald’s and Tesco to name a few, all engaged in such projects as a key part of their net zero plans.

The farming sector, and the NFU in particular, has major misgivings over the threat it poses to both the UK’s self-sufficiency and an industry already facing soaring inflationary pressures – with research by feed supplier AF from October among the many examples to show year-on-year cost increases in UK farming inputs of more than 20%.

There was also a “lack of detail” on how sustainable food production fitted the government’s rewilding ambitions, he added, “not least the costs farmers are likely to incur from participating in these new schemes”.

At a time public support for British food and farming was “at a high”, the NFU’s biggest concern was “that these schemes result in reduced food production in the UK, leading to the need to import more food from countries with production standards that would be illegal for our farmers here”.

This would “off-shore our production and any environmental impacts that go with it and would be morally reprehensible”, Bradshaw warned, in a now oft-repeated warning.

It all illustrates just how delicate the line will be in meeting the government’s climate targets while avoiding bankrupting the country’s food and farming sector.

Environmental protection is undoubtedly in the public’s interest, but so is food security.