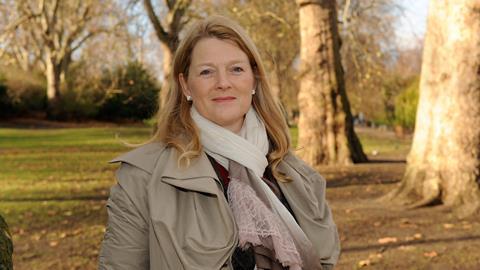 After six years of bringing retailers into line, with what most agree has been a good degree of success, Groceries Code Adjudicator Christine Tacon dropped a bombshell today when she revealed plans for her swansong year.

It wasn’t the confirmation that Tacon is stepping down next June that was the surprise, especially given the way she has been unfairly harangued by MPs of late. It was the way she intends to spend her last 12 months in the office before some brave soul tries to follow in her footsteps.

Instead of today’s league table of suppliers being accompanied by the usual list of key issues Tacon would be setting out to tackle, there came the announcement that the Adjudicator wants to give retailers power over policing themselves.

Granted, her plan is not quite pure self-regulation, as it’s expected a new Adjudicator will be appointed next year – though, as Tacon herself suggested today, it’s questionable who would want the job given the flak she’s had from the likes of the BEIS Committee. But if Tacon has her way by then, systems will be in place at all of the 12 retailers she polices. These will, in effect, put them in charge of their own governance of GSCOP.

Tacon argues that, as today’s league table of retailer behaviour shows, she has pretty much nothing else left to do, such has been the improvement across the board from supermarkets since she took up the reins.

So there will be no more ongoing probes into supplier hates such as forecasting, delays in payment, or drop and drive. Instead, Tacon will make it her final mission to make sure all the retailers in her league table, from top-of-the-league fixture Aldi to relegation certainties B&M, have model systems in place to ensure their own exemplary conduct.

Self-regulation would have been music to the ears of retailers back when the Adjudicator’s role was first envisaged, instead of being confronted with a dogged character such as Tacon, albeit hamstrung by the limitations of her government backing.

Yet suppliers have long memories and the thought of those kindly supermarkets stepping up to take charge of areas such as audits, GSCOP training and legal functions will surely send shivers down their spines.

“If you speak to suppliers they will always say don’t take the policeman away,” says Tacon, and that is something of an understatement.

Detective superintendent Tacon will leave an impressive track record, even if she has not actually brought any retailer to book (at least with a fine) and it will be interesting to see where she ends up next. Yet her legacy will be somewhat tarnished if progress on retailer behaviour is allowed to stagnate or, worse still, go back to those dark days suppliers remember all too well.