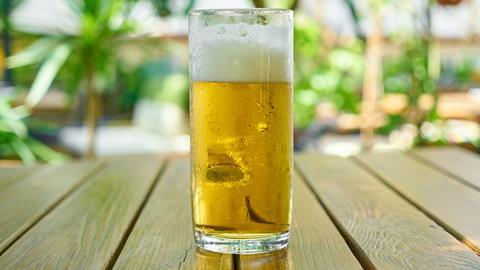 We may not have known about it until the CO2 crisis of 2018 – and many will have subsequently forgotten about it in the face of the pandemic, Brexit and the labour crisis – but guess what? CO2 gas is hugely important to the food sector.

That was the message of an FDF-commissioned report by strategic advisory firm Global Counsel back in April 2019, which warned of a “structural fragility in the UK’s CO2 supply chain” that was highlighted during the previous summer’s crisis.

These weaknesses would “need to be addressed if shortages are to be avoided in the future”, it added. “Despite being critical to large parts of UK food supply, the CO2 chain is poorly understood by purchasers, government and the public.”

As we slip into a new CO2 gas crisis that British Poultry Council CEO Richard Griffiths says could “dwarf” the one seen in 2018, it’s becoming abundantly clear the UK’s CO2 gas supply chain remains in a parlous state, and very few lessons appear to have been learnt.

The gas is widely used across the food supply chain, from the stunning of animals ahead of slaughter, to creating shelf-life extending modified atmosphere packs for fresh food and adding fizz to soft drinks, beer and cider – to name but a few examples.

So when fertiliser manufacturer CF Industries announced it was halting production at its plants at Ince in Cheshire and Billingham in Teesside last week due to the soaring cost of energy, alarm bells will have started ringing across the food industry.

Those two plants supply about 60% of the UK’s industrial CO2 gas requirements as a by-product of ammonia production. And the ensuing disruption caused by the closures hogged the headlines over the weekend.

It led to warnings of even more food shortages in the run-up to Christmas as a combination of CO2 gas and staff shortages looked set to create “the worst conditions I’ve known in 40 years working in this industry”, as Pilgrim’s UK agriculture director Andrew Saunders put it.

And as we report today, the issues faced by the pig sector have created a near 100,000 backlog of pigs on farms, which could eventually lead producers to have to start on-farm culls of perfectly healthy animals, the National Pig Association warned.

But the most striking point made by NPA CEO Zoe Davies was that the entire food industry has to become “less reliant on a completely different industry” for such a crucial commodity.

That comment echoes what the Global Counsel report said more than two years ago, as it suggested more could be done by government to prioritise CO2 supply in times of shortage, while also suggesting gas suppliers consider increasing storage capacity.

But as the impasse between CF and business secretary Kwasi Kwarteng over the weekend also demonstrates, perhaps it’s now also time for the food industry to come together and look at its own options for alternative sources of the gas.

As this blog was published this afternoon, there remained a glimmer of hope the government would be able to convince CF to repoen one of its plants. But whether that happens or not, the food sector faces weeks of scarce supplies of what is a crucial and largely unheralded ingredient in keeping food and drink on shelves.