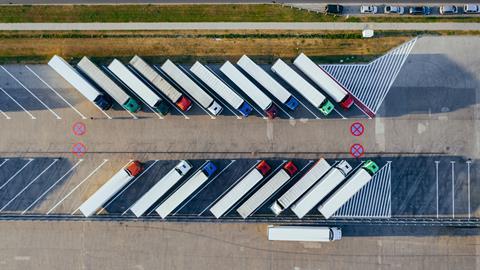 The easing of lockdown has unsurprisingly seen hospitality venues dealing with pent-up demand from punters desperate to kick-start a post-Covid social life.

Great news for the economy – in theory.

But the stark reality is drivers are now rarer than hen’s teeth, and that demand is pushing logistics to breaking point.

Over recent weeks, The Grocer has reported on wholesalers supplying both retail and foodservice sectors being forced to hike up driver wages, national hauliers demanding more lolly for key routes and convenience store shelves left empty.

This week, JW Filshill became the latest wholesaler to be caught in the perfect storm of a high volume of orders and not enough drivers to deliver goods. Some retailers are waiting up to three days for deliveries, which is particularly tricky for short shelf life products.

Nisa retailers also felt the brunt of the shortage this week as the symbol group attempted to reduce a backlog of chilled orders following an IT systems failure at logistics giant Culina. The lack of HGV drivers compounded the problem, and left the convenience chain disadvantaged as it tried to play catch up.

Those unable to take a carrot approach have cancelled delivery routes. In this climate it’s unlikely they will be picked up by a rival, so customers will be forced to visit a competitor’s cash & carry instead.

On top of this, suppliers have reportedly started to reduce unloading windows in wholesale yards to as little as 15 minutes as they attempt to shave off precious time and get to the next drop, adding further pressure to wholesalers.

The RHA recognises the severity of the problem. This week, it issued the government with a 12-point plan in a bid to end the crisis. The wishlist headlines by urging Westminster to include HGV drivers on the Skilled Worker Shortage Occupation list, and includes a coronavirus recovery plan which would provide visas for a ‘seasonal workers’ scheme.

Next week, the Department for Transport and Department for Work and Pensions will hold a crisis meeting to try and address the problem. The aim will be to thrash out a plan of action for the rest of this year and a “medium-term plan” beyond that.

The driver shortage is pushing the supply chain beyond the pressures it felt during the panic buying of March 2020.

Extending driver hours helped during the height of the pandemic, and is once again being called for by many wholesalers. But this band-aid approach is strong rejected by the RHA and haulage companies. Drivers are exhausted, they say, and it’s not a sustainable long-term solution.

Keeping the wheels turning on the food and drink industry was the government’s raison d’être this time last year. But it may only be a matter of time before care homes, hospitals and schools begin to see late deliveries, or god forbid, no deliveries at all.