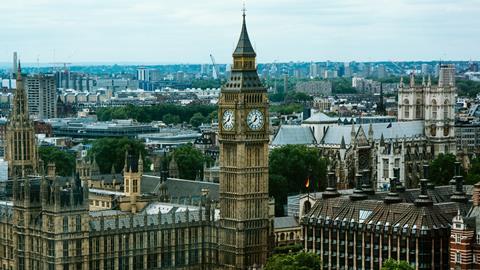 Like him or loathe him, Boris Johnson will today officially become the UK’s new prime minister. It’s not exactly a surprise, but the arrival into no 10 of the man who has promised to deliver Brexit by 31 October ‘no matter what’ has left food industry leaders a bit worried.

The flames of concern have no doubt been fanned by Johnson’s famous flip-flopping on issues that matter to the industry. As the Mayor of London, for example, he was an enthusiastic anti-obesity campaigner – and was among the MPs who voted in favour of introducing the soft drinks levy in 2017. He even introduced a levy for City Hall that added a 10p charge on all added-sugar drinks sold in its café.

And yet during the Conservative Party leadership campaign he vowed he would make a review of the sugar tax one of his priorities as new PM, claiming such taxes were disproportionately paid by the poorest in society, and people should just “walk, cycle and generally do more exercise” if they want to lose weight.

He’s been a bit, um, unreliable, on other issues, too. As mayor, he threw his weight behind a programme to support London’s small food businesses. The six-month pilot – developed by his food industry advisor, Rosie Boycott – sought to develop ‘best practice’ and explore funding models for the independent food sector to help more businesses of this type prosper.

And in a letter to NFU Scotland during his leadership campaign, he pledged his support to Scottish farmers, promising to deliver a Brexit that “creates the right conditions for farming in Scotland to thrive”.

Yet despite food businesses and farmers warning labour availability could be the biggest threat from a no-deal Brexit, he’s repeatedly voted against the right for EU nationals already living in the UK to remain. He has also publicly backed a points-based immigration system that would favour high-skilled workers, but not those likely to come and work for farms and factories.

Equally, he’s pledged to make more funds available to address “imbalances that affect rural communities”, and yet has almost always voted against measures to prevent climate change – which is already causing huge disruption to food, farming and the rural economy.

It’s hard to tell whether Johnson is wilfully misleading people on these issues, or is simply being swayed by those who surround him. It’s no secret that he isn’t a details man and likes to surround himself with experts and advisers.

That’s not a bad thing, depending on who is giving him advice. Let’s hope, for example, he doesn’t pay much more heed to whoever convinced him to wave a kipper around at the final hustings while bemoaning the Brussells bureaucrats whose “pointless, pointless, expensive environmentally damaging elf and safety” had rendered Isle of Man fish smokers “utterly furious” – only for the EU commission to point out the rule he was complaining about was part of UK, not EU, legislation.

Similarly, let’s hope someone can explain to him that solving the Irish border problem is really nothing like getting a man on the moon. Not least because the moon landing took the Americans almost a decade to achieve, and he’s got just 100 days to deliver Brexit.

So far, it’s rumoured Johnson plans to appoint Sajid Javid as Chancellor, Dominic Raab as foreign secretary and Priti Patel as home secretary. Which would make sense from an experience point of view, though it‘s hard to ignore the fact Patel was sacked by Theresa May for breaching the ministerial code over unauthorised meetings with Israeli politicians, while Raab sparked a row with Irish leaders after accusing them of leaking contents of a Brexit meeting to the press.

We can only hope, then, that Johnson’s recent u-turn on his attitude towards business stands the test of time, and he takes proper heed of industry concerns about Brexit and everything beyond.