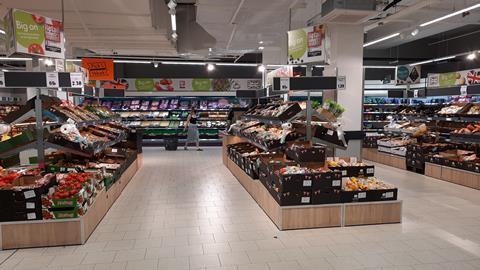 UK farming overhaul could spell higher prices at the tills

It’s more than four-and-a-half years since David Davis made his infamous claim that Brexit would lead the UK to “sunlit uplands”.

The phrase has come to symbolise the overly simplistic and idealistic thinking of successive governments around our exit from the EU.

So today, it was no surprise to see the government ‘launch’ its roadmap that would lead to “the most significant change” in UK agriculture for close to 50 years – as Defra put it.

I say ‘launch’ because really, the policy announcement was largely a regurgitation of the first bit of the Agriculture Act that became law earlier this month.

First trailed as ‘public money for public goods’ in 2018 by the then-environment secretary Michael Gove, the basic overarching plan has been to replace the Common Agricultural Policy we had in the EU with something a bit more environmentally friendly after Brexit.

The scheme has even been given a nice tree-huggy name: ELM (Environmental Land Management).

But the problems emerge when you start getting into the finer details of how this system will operate.

The payments made to farmers under CAP – which are area-based – are to be reduced by half by 2024 and then phased out completely by 2028.

While the existing system has – rightly, in some cases – been criticised for rewarding those who have the largest amount of land, the new one is likely to rip the rug out from beneath farmers’ wellies.

According to the Institute for Government, CAP payments amounted to an average of 55% of farm incomes in 2014. It is likely to have been an even higher proportion of farmers’ incomes in recent years, after multiple bad weather events and then the coronavirus crisis, all of which have pushed costs up significantly.

This dependency on handouts goes up considerably for livestock farmers. The NFU estimates a drop-off in their incomes of between 60% and 80% by 2024 as a result of the government’s planned reduction of existing subsidies.

Farmers will also be financially incentivised to protect the environment by, say, planting trees, or making efficiency gains in productivity. But if a farmer plants a new forest on their farm, how will they grow anything?

If they put up a whopping great hedgerow, it might be good for the birds, but it creates a bit of a problem for more efficient large-scale farming and its massive combine harvesters.

As NFU president Minette Batters succinctly put it today: “Expecting farmers to run viable, high-cost farm businesses, continue to produce food and increase their environmental delivery, while phasing out existing support and without a complete replacement scheme for almost three years is high-risk and a very big ask.”

It’s not just worrying for British farmers. Any rise in the cost of producing food will, eventually, lead to higher prices at the tills. Especially as Brexit threatens to push up the cost of importing food - in the short-term at least. And it could also hamper the UK’s self-sufficiency, at a time when it should be going up, not down.