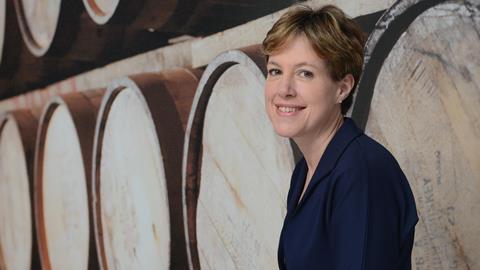 What next for the FDF under incoming CEO Karen Betts?

When Karen Betts takes over as CEO of the Food & Drink Federation later this year, she will be inheriting one of the most powerful roles in the British food industry.

Under the incumbent Ian Wright, the FDF has become a kingpin of the sector. A once fairly anonymous trade association representing less than 200 food manufacturers, it has grown to be a unifying force for trade associations of all shapes and sizes, offering them a vital conduit into government, and driving profile across the British press.

Betts was selected from a high-quality field, with the FDF interviewing over 40 candidates before making a final decision.

As CEO of the Scotch Whisky Association, she has acquired prominence and plaudits for her efforts in campaigning to remove the US tariffs on scotch whisky. She will leave the role with the job largely achieved, after the Biden administration suspended tariffs for five years in June.

Betts is relatively unknown persona to many in the broader food world. She spent 16 years in the Foreign Office and joined the SWA in Edinburgh in 2017 – a markedly different background from Wright, who joined the FDF after time as a spin doctor for Diageo and the Liberal Democrats.

Many in the sector hope Betts builds on Wright’s legacy that has seen him become a “doyen of the entire sector”, as much as representing FDF members on issues such as the HFSS ad ban.

Wright is now invariably found leading on industry-wide responses to issues such as Brexit and Covid, and is very much the sector’s primary figurehead in Whitehall. He knows Whitehall intimately – “even getting places where water can’t” – and nearly all those who have worked closely with him praise his leadership, particularly during the last couple of years.

Yet he has always been the politician rather than policy wonk. While no one person is ever solely responsible for doing so, there is certainly a gap when it comes to elucidating detailed policy on some of the increasingly existential questions facing the food sector.

For example, how does the food industry best leverage the UK’s evolving trade policy? What are the long-term solutions to the worker shortage? What policy flaws are inhibiting efforts to reach net zero?

If Betts can develop a vision for some of these key questions while leveraging the influence Wright brought to the role, the entire sector could benefit. Industry relations with government may also see a boost.

Betts is well placed to do so. Not only is she au fait with the mechanics of Whitehall after 16 years in government, she appears to thrive on complex policy briefs, having worked in both corporate law and diplomacy.

She will also have the team to back it up. The FDF’s trade team in particular has garnered much-deserved praise during the Brexit process as some of the most knowledgeable heads around when it comes to understanding the UK’s new trading regime with Europe.

While there are still a few months until Betts takes over, the problems plaguing the industry will be much the same. An nth Covid wave could well be underway, checks between Great Britain and Northern Ireland will likely have begun, and there will still be a critical shortage of workers across the food chain.

A question Betts will have to answer is will she, like Wright, adopt an industry-wide leadership role to fight for the interests of the entire sector? Or will she focus more on the FDF members for whom she was appointed?

EIther way, the organisation is set to enter a new phase. And wherever there is change, there is opportunity.