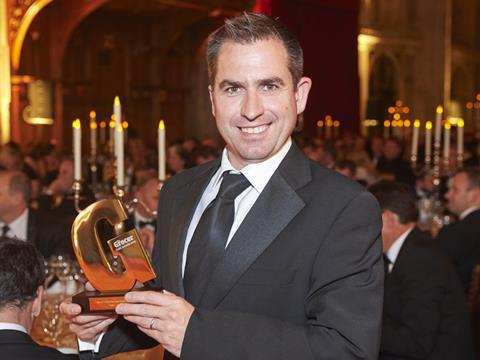 It’s been a tumultuous time for Tesco but here is recognition, surely, of the value and the goodwill among British shoppers towards Britain’s biggest grocer.

And this was no statistical blip. The Grocer employed researchers at Nielsen who surveyed nearly 6,000 statistically weighted households representative of the UK population.

They asked shoppers to score 11 supermarkets on nine criteria - including price, quality, promotions, range and food ethics. As last year, they were also asked to give their verdicts on customer focus, food provenance and their ability to provide convenient ways to shop.

Tesco came top of the list in five of the nine categories upon which the result was decided - a testimony to its wide-ranging appeal - holding on to its lead in terms of good overall shopping experience, wide choice of products and convenience.

At the same time the results underlined the importance of customer service. While price was still ranked by consumers as the most important factor in their supermarket of choice - where Aldi was top of the pile, followed by Asda and Lidl - the rankings for customer focus took on added significance due to an increase in the importance consumers attributed to this criteria, and Asda’s perceived decline in this area.

As Tesco maintained its lead in this area Asda slipped behind fellow rival Sainsbury’s when it came to consumer focus. And Nielsen head of retailer and business insight Mike Watkins said that in such a close race, Asda’s blip on consumer focus was enough to make the difference.

“It’s always been very close at the top and this year has been no exception,” he said.

“Unlike price cuts which are very dramatic, very direct but actually quite crude, the effects of some of the other areas like customer focus are more subtle but can make a big difference.

“It would be something as simple as how consumers were treated at the checkouts that makes a difference.

“In this survey it may have been just enough to go in Tesco’s favour.”

Watkins said price continued to be the biggest factor for shoppers but he added: “Whilst we can’t get away from the fact that price has dominated, the results of this survey clearly demonstrate that price isn’t everything.”

As to Tesco, CEO Dave Lewis, for whom the award marks a high spot in a turbulent start at the helm, said the award was down to staff.

“It’s a testament to all the hard work colleagues have done in stores across the UK and I’d like to thank them for all their efforts. Over the last few months we’ve been making every element of the shopping trip with Tesco a little bit better for customers.

“We’ve put thousands of extra colleagues onto the shop floor, improved the availability of our most popular products and lowered prices on everyday items. Our customers have responded positively to these changes and we plan to continue these improvements over the summer.”