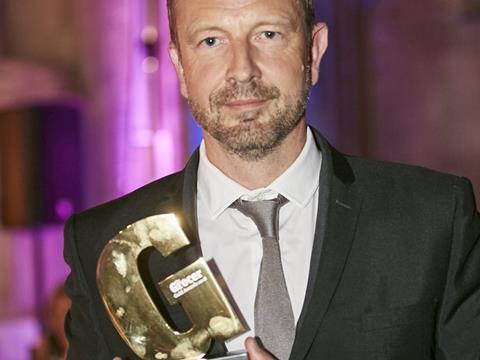 A year ago it was something of a shock when a recovering Tesco broke Asda’s stranglehold on the competition to be named Britain’s Favourite Supermarket - but it’s done it again to prove that its revival is no flash in the pan.

Not only did Tesco retain its overall lead, a title Asda had run off with for three years on the trot, it also knocked its arch rival off the top spot in another of the key subcategories.

Tesco came out triumphant in no fewer than five of the nine attributes judged by Nielsen in its survey of nearly 6,000 statistically weighted households.

As well as retaining its lead with the public for a good overall shopping experience, good customer focus, wide choice of products and provision of convenient ways to shop, Tesco also bumped Asda off the top spot when it came to the appeal of its promotions and offers.

Tesco came into the competition off the first full year under Dave Lewis, which has been dominated by the supermarket’s Project Reset range simplification.

However, CEO Lewis also vowed to cut back on confusing promotional offers and make the shopping experience simpler for Tesco customers and it appears to have paid dividends, with Tesco getting the better of Asda to add another string to its bow.

The top three places overall in the competition remained unchanged, with Asda in second spot and Sainsbury’s third.

Aldi retained its lead when it came to offering the best prices, and was also considered the most improved supermarket in our poll (by 21%), followed by Lidl (14%) and Morrisons (11%), with Tesco rated better by 8%.

In the meantime Marks & Spencer held on to top spot for good quality food and drink.

And Sainsbury’s hung on to its lead in good food provenance but also knocked Co-op off top spot when it came to demonstrating good ethics - a reflection, no doubt, of the Co-op’s near collapse amidst the scandal involving its less than reverend bank chairman Paul Flowers.

Nielsen head of retailer and business insight Mike Watkins said he believed the Tesco win had shown last year’s result was no fluke and felt that the supermarket was in a good position for the next stage of its turnaround, which would be headed by product and in-store innovation.

“I think that may be what to look out for with the reset if Tesco is to provide future growth,” he speculated.

“Most of the first phase was about taking out costs but Tesco is in a good position to lead range innovation. It has lots of stores and lots of good stories to tell after another very strong overall performance.

“I think last year it was a bit of a surprise when Tesco won, but I would say that this year it shows that it is well on the road to recovery.”

“These prestigious awards recognise the highest customer service and standards in grocery retail - and it’s the second year running we’ve won the award.

“It reflects the hard work and dedication of colleagues around the business and celebrates the fact that we really are serving Britain’s shoppers a little better every day.”