Aldi named Grocer of the Year at Gold Awards ceremony 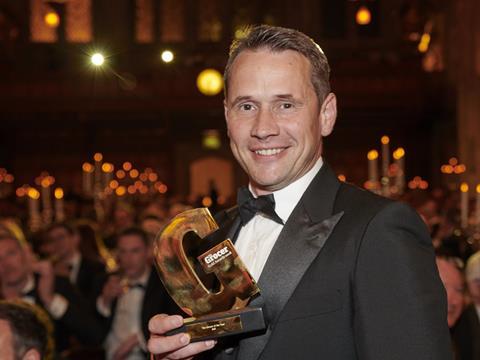 Aldi has reclaimed its crown as the Grocer of the Year at the prestigious Grocer Gold Awards ceremony tonight.

The discounter knocked last year’s winner Tesco off the top spot to walk away with the most coveted award of the evening for the fourth time in six years.

The award continues Aldi’s relentless march on the traditional multiples, which has seen it achieve double-digit year-on-year growth every year since 2011. The grocer now accounts for 7% of the market, having overtaken the Co-op in 2017 to become the UK’s fifth largest supermarket.

Aldi has also stepped up investment in the quality and enjoyment of its shopping experience. Its £300m Project Fresh has upgraded stores with brand new hi-spec fixtures and fittings, slick new signage and added services such as in-store bakeries. It has also extended ranges across fresh, BWS and non-food.

With this substantial investment in its estate Aldi had demonstrated once and for all its “willingness and ability to adapt to the needs of UK shoppers”, said our expert judges, formulating an “impressive clarity of offer” as well as a “commitment to do it the right way”.

This has included making shop floor staff the best paid in the industry and tackling diversity among senior ranks. Its graduate scheme is consistently named as one of the top schemes in the country.

It’s also taken major steps to address food waste. From a standing start in 2012 it has now redistributed 1,157 tonnes of surplus food. In 2016 it became one of the first signatories to Courtauld 2025 and in 2018 it committed to halving waste by 2030. It has also supported The Grocer’s own Waste Not Want Not campaign.

The latest victory comes after Aldi scooped 35 gongs at the Grocer Own Label Awards, including 14 innovation awards - more than any other retailer.

Business Initiative of the Year - Women in Wholesale

Consumer Initiative of the Year - ’WhiskySanta, Master of Malt

Employer of the Year - Henderson Foodservice

Exporter of the Year - Ramsden International

Green Initiative of the Year - Project Closed Loop, The Co-Op

Online Supermarket of the Year - Ocado

Own Label Range of the Year - Luxury, Iceland Foods

The Grocer of the Year - Aldi

Waste Not Want Not Award - East of England Co-Op

Wholesaler of the Year - Bidfood

Own Label Supplier of the Year - LDH

Thank you to our sponsors 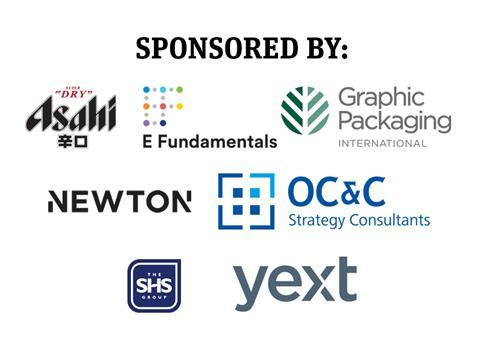