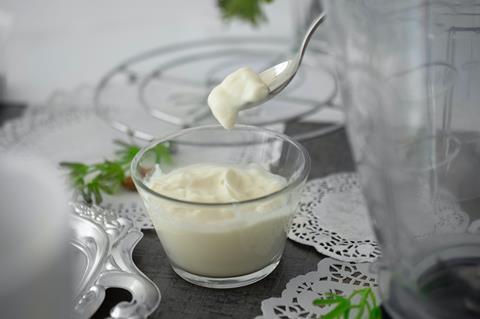 With nowhere to eat out in the summer, Brits enjoyed a taste of their favourite restaurants at home

Brits sure had a saucy year. With nowhere to eat out in the summer, they enjoyed a taste of their favourite restaurants at home. That meant some serious growth for sauces, dressings and condiments from big names in casual dining.

Take Nando’s. It’s the fastest-growing brand in the table sauces top 10 – in both value (26.9%) and volume (26.1%). In condiments, it’s up nearly 50% in both metrics. All in all, the peri-peri chain is worth an extra £9.5m in grocery (excluding discounters). On-trend innovation helped drive sales. After the retail launch in January of Nando’s Vegan Perinaise to tap the plant-based craze, April saw the addition of Garlic Perinaise.

“It made total sense,” says Sophie Lindfield, senior brand account manager at All About Food, which makes Nando’s sauces. “Garlic is the second most popular flavour of peri-peri in restaurants and the second-biggest segment within flavoured mayonnaise, behind chilli.”

It’s not the only restaurant brand making strides. Pizza Express has shown strong growth across dressings. Its standard and Light variants have grown unit sales by 28.3% and 22% respectively. “Pizza Express’ growth has been driven by attracting new shoppers to the category,” Lindfield adds.

It’s not just these casual dining spin-offs that have benefited in the pandemic. Total branded sales of table sauces are up 20.7% in value, with all but one of the top 10 enjoying double-digit sales growth. Leading brand Heinz Tomato Ketchup added £18m, and its 50% Less Sugar & Salt variant £5.1m – while own-label options underwhelmed.

“Heinz continues to lead innovation and drive value into the sauces and condiments category,” she adds.

Hellmann’s might disagree. Volume sales of its core mayo soared 21%, faster than both its Heinz equivalent (14.5%) and total table sauces (10.7%). “We’re proud to continue to be the leading brand, bringing new mayonnaise buyers into the category,” says Fikerte Woldegiorgis, foods marketing director at Hellmann’s owner Unilever. 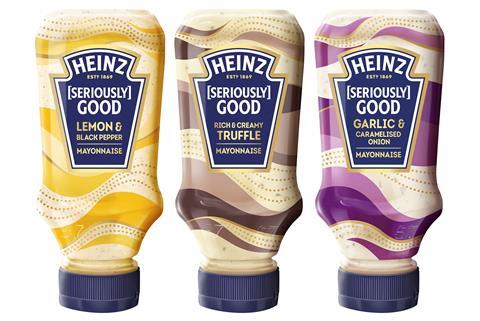 Since its debut in 2016, Heinz Seriously Good mayonnaise’s sales have gone from strength to strength. It sought to add further muscle in July with the addition of its first flavoured variants. Garlic & Caramelised Onion, Rich & Creamy Truffle and Lemon & Black Pepper will “turn mealtimes nationwide into something special with a serious infusion of extra flavour” the supplier promised. And with an rsp of £1.89 per 220ml squeezy bottle, they’ll also help premiumise the mayo market.