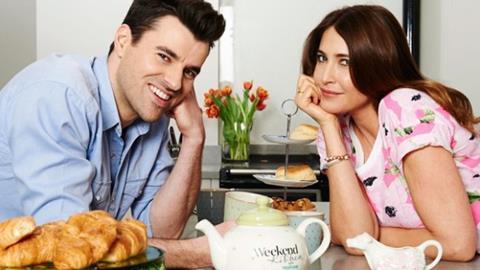 Funded by the supermarket, the new show will reflect the style of Waitrose’s free weekly newspaper Waitrose Weekend, featuring entertainment, lifestyle and culture content, as well as food.

Famous chefs including Heston Blumenthal, Raymond Blanc and Michel Roux will be invited in to cook seasonal recipes using Waitrose ingredients, while the presenters Lisa Snowdon and Steve Jones chat with celebrity guests.

“This is a first for Waitrose and we are very excited to be working with Channel 4 to broadcast a  weekend show that will offer viewers something new on a Saturday morning,” said Waitrose head of marketing communications Rupert Ellwood.

“Like our weekly magazine, Waitrose Weekend, we hope the show gives the best advice, ideas and inspiration for making the most of your family time.”

Waitrose will support the new show with in-store marketing, direct marketing to myWaitrose cardholders and in its Waitrose Weekend and Waitrose Kitchen magazines.

Produced by Spun Gold TV, the first show will be broadcast at 9am on Saturday 26 April.

Waitrose managing director Mark Price is also deputy chairman of Channel 4, having taken on the role in July 2013.

Last year, Sainsbury’s teamed up with Channel 4 on the daytime show ‘What’s Cooking? From the Sainsbury’s Kitchen’.