Rayburn eyes grocery in plans to size up distribution capacity 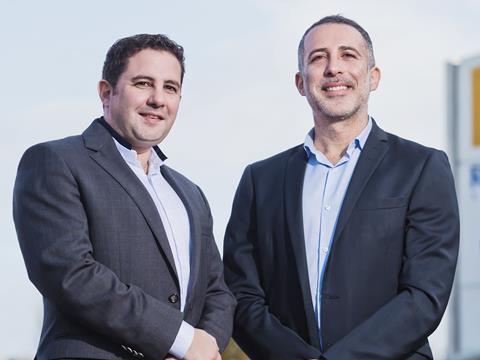 Rayburn has picked up trading from P&H demise

Sugro member Rayburn Trading is on the hunt for a much larger depot in which to consolidate its existing warehouses in Manchester and expand into packaged grocery.

The Goldman family-run wholesaler and distributor, which is celebrating its 60th year trading, traditionally specialised in the household and toiletry sectors before expanding into confectionery and soft drinks eight years ago.

Russ Goldman, buying director, said the company had briefed agents about its requirements for consolidating its 90,000 sq ft Cheetham Hill and 100,000 sq ft Bury warehouse because they were almost at capacity - but finding a suitable site had so far proved elusive.

“Ideally we want to combine the two and add on enough space so we would be able to grow our ranges even more.”

It would not be the be all and end all if it did not find a site “but it would be nice to find somewhere” said Goldman.

Packaged grocery would be “a natural add-on” but Goldman said it probably rested on getting the new site. Rayburn also has a 3,000 sq ft showroom in Manchester where customers peruse items, scanning barcodes with a fob for either collection or delivery. Customers can also order online via the website. He said the wholesaler had already picked up business from P&H’s demise. “There’s going to be more business out there to pick up without a doubt.”

Rayburn has enjoyed a 15% uplift in confectionery sales over the past 12 months, which has helped take its annual turnover to more than £86m.

The category has become one of Rayburn’s main sales drivers with a total of £28m of products sold last year. Rayburn, which supplies the independent/discount sector, hopes to reach turnover of £92m this year with its growing export market deemed an integral part of this. It currently exports to 70 countries. Goldman said the business hoped to target the Far East and India.

Rayburn reported underlying operating profit before interest and taxation of £108,000 in the full year to the end of August 2016 and revenue of £79.6m, according to the strategic report and accounts posted at Companies House.

Goldman said last year’s accounts, which were currently being prepared, would show an increase in turnover of about 15%.Rayburn was established in 1957 by Benny Goldman. The company says it places great store in “reliability and transparency in building and maintaining relationships.