Asda is back in play: watertight ways to deal with desperation 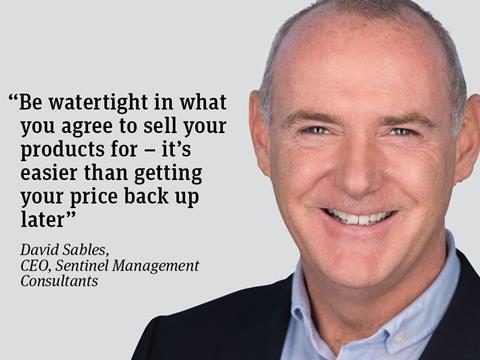 After months of silence and reorganisation, Asda is now engaging with its suppliers on 2016 plans. It wants your money into cost of goods to bring down the everyday price, following Tesco beautifully. Sainsbury’s has also made a similar play for today’s market: it’s all about the COGs, not the lumps and bumps of support money that lead to un-strategic range proliferation. Sainsbury’s has gone further though: Argos looks a sensible way to use the space gained by reducing range and stocks.

Asda faces a big challenge and we have not yet seen anything major to manage it. Suppliers aren’t fussy and want its business regardless of the share decline - after all, Asda is still a big player and a route to many loyal consumers. So here are a few thoughts on the 2016 negotiations.

Suppliers shouldn’t view Asda’s stand as an aggressive one, but approach it with a ‘more for more’ proposal and lashings of insight to show how their products are more important to its shoppers than the competition. Nothing new, really - get support to pay for your investment, back to business, JBP-style.

But be careful about cold brinkmanship. I like a stand-off as much as the next negotiator and yes it’s just margin pressure again, but this has the extra menace that it is part of ‘Project Renewal’ and there is certainty that range will be reduced. This means that delist threats are expressed as opportunities: “If you give us £xm we will keep that product” rather than “If you don’t give us £xm we will delist it”.

The ‘requests’ look less shopper-driven than Tesco’s Reset, with less consistency of process given that the buyers are responsible for the detail. The cry for ‘investment’ smacks of desperation and there is a risk that decisions will be made for the income rather than a coherent shopper strategy. This ultimately results in shopper alienation and further share loss.

So remember: if a large declining retailer asks you to drop your cost price and you agree for a series of future promotions, it will only work if the retailer turns around its fortunes. If the decline deepens, it will renege on the promotion plan and be back rattling the tin. So be watertight in what you agree to sell your products for - it’s easier than getting your price back up later.