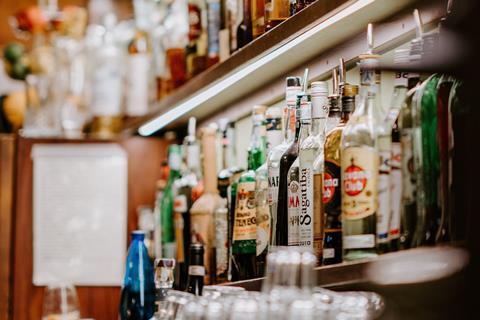 Under the current legislation, it was unclear whether empty stamped spirit bottles could be lawfully refilled, said the BDA

The British Distillers Alliance (BDA) has called for current legislation – which requires retail containers of duty-paid spirits to bear duty stamps – to be revoked, calling it “obstructive”.

Under the current legislation, it was unclear whether empty stamped spirit bottles could be lawfully refilled, which was creating problems for producers, distributors and retailers trying to cut down on waste, it said.

“We are inundated with requests for clarification of the law concerning refilling of duty-stamped empty bottles”, said BDA co-founder and co-ordinator Alan Powell.

“The law is wholly unclear and there are potentially huge penalties for breach of the regulations, including a fixed penalty of £250 per bottle that is not compliant with the law and even though the duty has been paid on the spirits.”

Powell said he had written to HMRC policy officials to discuss the issue and seek clarification “several times” but had received no response.

“Especially in the on-trade, the amount of glass waste is pretty atrocious and sending out bulky glass bottles in the post, obviously there’s carbon emissions attached to that”, Jaume said.

Cooper King had been “exploring sending out spirits in bulk, whether that’s a bag in a box, or in five-litre jerry cans, or in pouches”. On-trade customers could then refill their glass bottles on site and return, recycle or reuse the bulk containers, explained Jaume.

However, it was “pretty unclear” whether such a scheme was permitted under the current legislation.

“It feels like it’s hindering innovation in terms of helping prevent climate change, which is obviously very frustrating. I think if there was some clarity on it or the duty stickers were removed there would be a lot more distilleries opting for this route.”